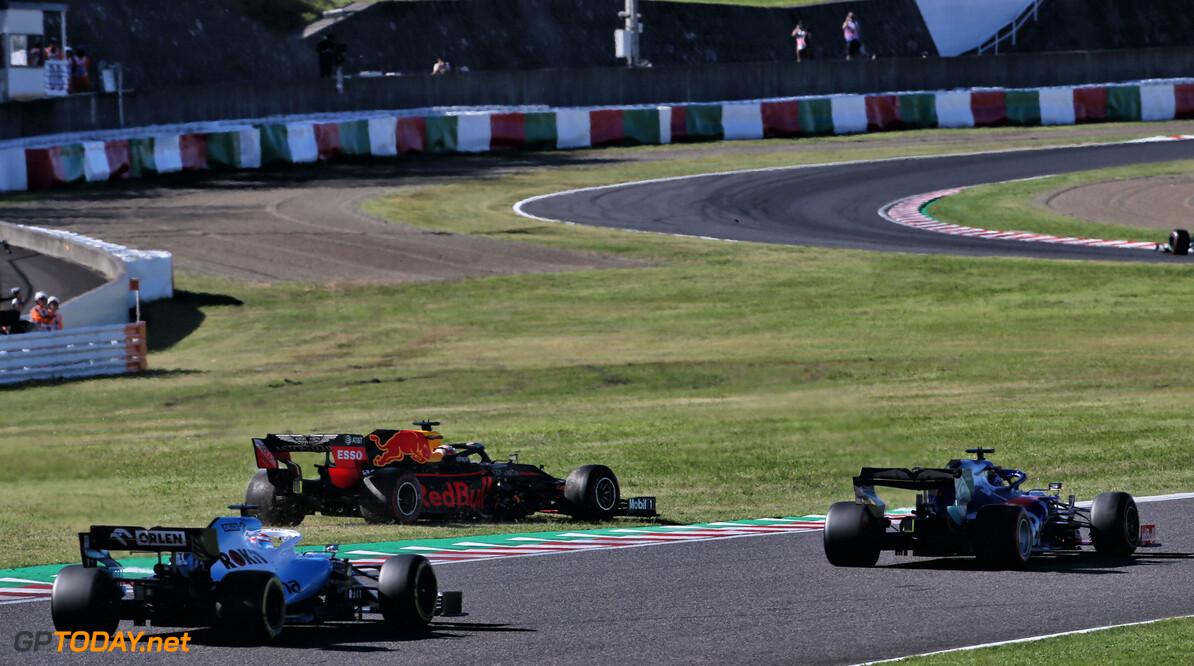 Max Verstappen has expressed frustration over his lap one crash with Charles Leclerc, which ultimately put an end to his Japanese Grand Prix.

The two came together at Turn 2 as Verstappen held the outside line through the corner before being hit by the Ferrari driver, sending him into a half spin through the grass.

Verstappen retired a number of laps later due to the damage he sustained, while Leclerc went on to finish the race in sixth position, making three pit stops along the way.

The Red Bull driver labelled Leclerc as "irresponsible" after he suffered his second DNF of the season.

“Suddenly into Turn 2, Charles just drove into the side of my car,” Verstappen said. “From my side I don’t think I could have done anything different there.

“The weird thing is that initially they don’t even investigate it. My whole car is destroyed. The whole side. There were just holes in the side of the car. And then they start to investigate it but now it’s after the race.

“I mean, what more should he do to get a penalty? I like hard racing, but I don’t think this was hard racing. This was just irresponsible driving into Turn 2.”

Verstappen believes that without the Leclerc contact, he would have been in a position to fight for a podium finish after his strong launch off the line.

"I had to start again from the back, but my car was so damaged, it made no sense," he said". "So we decided to retire the car.

"It's very frustrating, because I think that we could have had a good chance to be on the podium again after that. I just don't get it.

"There was no need to risk so much at Turn 2. At the end f the day, both of us had to pit, of course I got more damage than what he had because he could continue with a new nose. So it's not good."