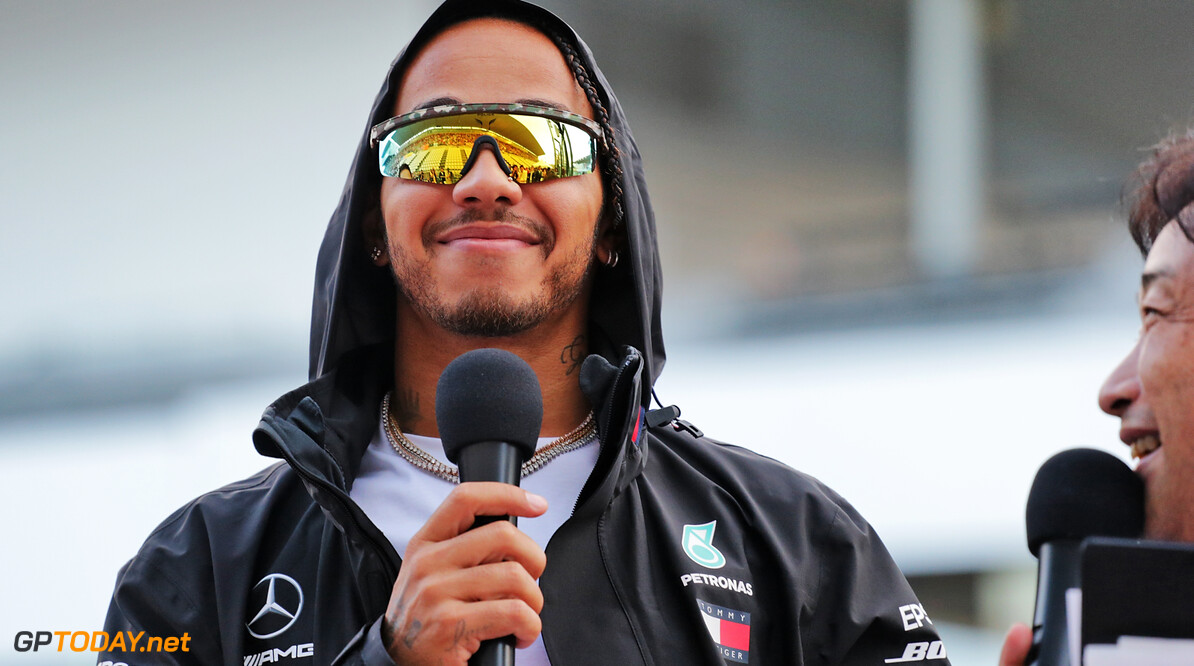 Lewis Hamilton has voiced his support of rotating the weekend formats next year in order to mix up the show for the fans and the experience for the driver.

The 2020 season could see changes to the format at a handful of races as F1 experiments with the schedule, with the decisions to be voted on before the end of the month.

This weekend could see the schedule shaken up as Typhoon Hagibis makes its way to the Suzuka Circuit, which may see qualifying moved to Sunday morning before the race.

"I'm sure they're already preparing for that, I would have thought that they're aware that it's coming," Hamilton said. "So I'm sure that they already have procedures in place to move it to Sunday morning or [whenever].

"Just like us, we're already planning to see what we might do in practice one and two if we're lucky enough to have it dry."

Hamilton believes that F1 should adopt different formats every year, as it would offer new spectacles while also shortening the weekend and workload for all involved.

"I don't mind it, I'm happy for them to do that every year, how many Thursdays does that give us back? I'm down for that, to shorten a weekend. That sounds good.

"It's cool when the format is a little bit different on a Sunday, having that difference means a different mentality, entering into a different mindset during the day, two different rhythms.

"Normally you have time after qualifying from one rhythm to calm down and chill until the next day, when it's a different challenge.

"I like that, so I hope they do some different formats moving forward, but for different races as well. Not just the same format for 22 races."