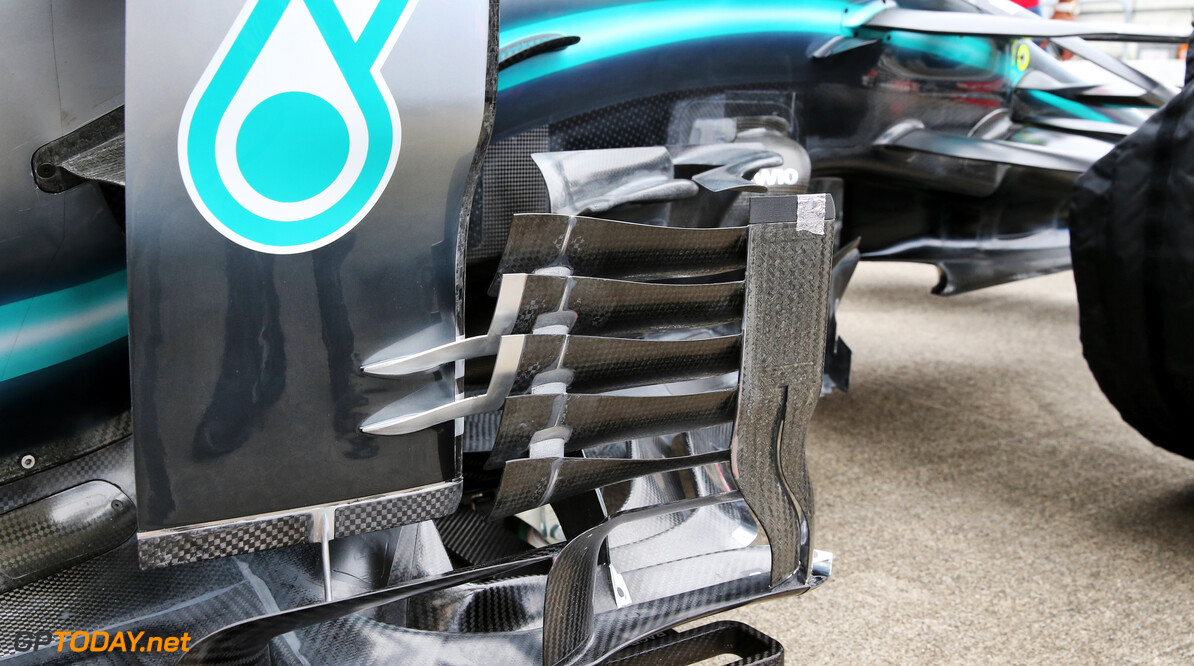 Valtteri Bottas believes the upgrades that Mercedes has brought to the Japanese Grand Prix weekend should provide the team with a "pretty decent step".

Mercedes team boss Toto Wolff previously stated that Ferrari's recent upturn in form was both down to the Maranello team implementing successful upgrades and Mercedes not placing updated parts on its car.

After going three grands prix without a victory, Mercedes took the race win last time out in Sochi, helped by the timing of a safety car which allowed Lewis Hamilton to jump Charles Leclerc in the pits.

However, the Silver Arrows are yet to take a pole position since the return after the summer break, but will be hoping to end the streak in Suzuka with the upgrades it has brought to its sidepods.

"We have a pretty solid update package this weekend,” Bottas stated. “We’ll try it tomorrow and see how it works but in theory, it should give us more performance.

“How much actually, that’s something we’ll find out. We have some rough numbers but it should be a decent step in terms of upgrade packages so far. We shall see.”

'Mercedes mustn't get distracted by typhoon'

With a super typhoon set to hit the Suzuka Circuit this weekend, F1 and the FIA are on high alert for any potential schedule changes.

Bottas says that Mercedes must not get distracted by the possibility of poor weather and instead remain focused on the job, regardless of what happens.

"We just need to be really dynamic and make sure we focus on the right things rather than looking at 100 different weather forecasts," the Finn said.

"We need to be thinking of what we do with the tyre allocation from the practice sessions, what tyres we carry over and be ready to qualify on Saturday if that's the case.

"If it's Sunday morning, then we'll be ready for that. We just need to keep focused on the job and try not to get distracted, although it might be tricky."