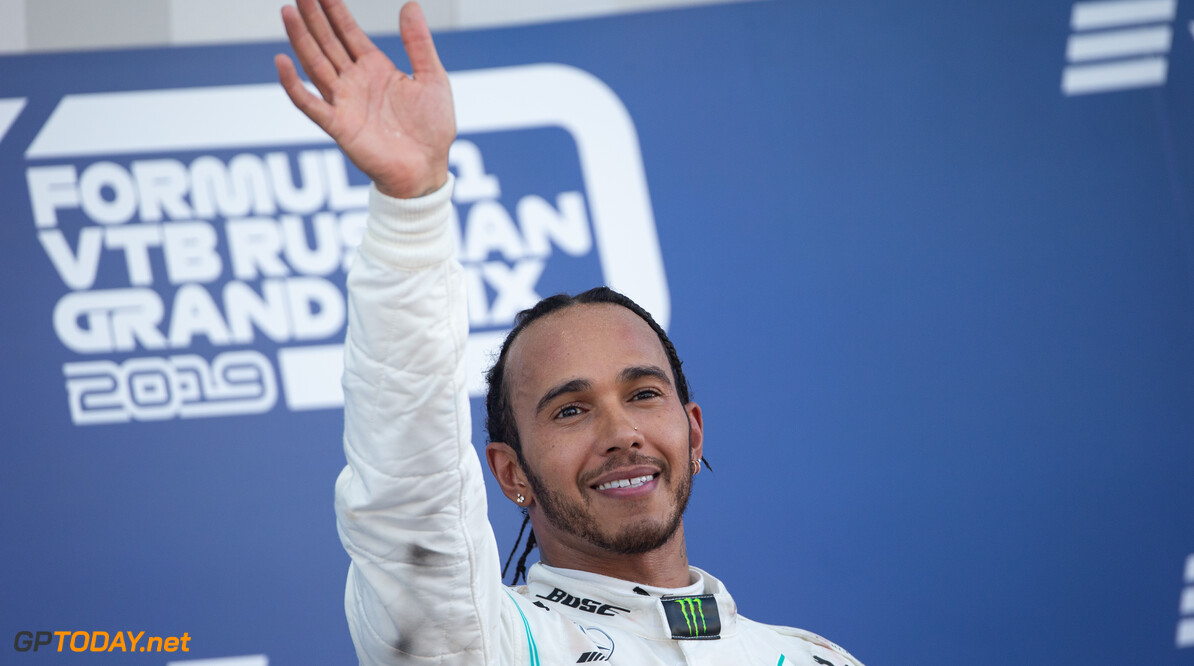 Mercedes driver Lewis Hamilton is confident in his team that they can remain as the top running team in Formula 1, despite challenges from close rivals Ferrari and Red Bull in recent races.

A resurgent Ferrari has dominated since the Belgian Grand Prix, where the team won the races at Spa, Monza and Singapore before finally being stopped by Mercedes in Russia last weekend.

The Scuderia was on course for a second 1-2 finish last weekend in Sochi until Sebastian Vettel suffered an MGU-K failure, handing the victory to Hamilton when teammate Charles Leclerc failed to re-take the lead and finish third.

"I mean, remaining the leaders is not an easy challenge, or easy task at all," Hamilton commented. "so, it's understandable at some stage that we would have dips but I have 100 per cent confidence in the guys that we are still the strongest team.

"Whilst it's not been spectacular in the last couple of races, it's not like we've been terrible. We've been right up there most of the time."

"Even if some of the coming races don't go our way, it's not going to change my opinion as to what we can achieve moving forwards. I know we are going to continue to make it difficult for every other team out there for this year, next year and potentially years after."

Hamilton: Mercedes not favourites in any remaining races

Despite eventually beating Ferrari to the chequered flag in Sochi, Hamilton said that he is not confident that the team could be considered favourites for any of the five remaining races in the season, but believes there is still chance for more victories.

"I think Austin can be good for us. I think the ones with the longest straights like here [Sochi] it's harder to offset those straights and also Mexico is not an easy one," Hamilton said.

"Brazil could be similar for us because we generally work well at the hotter circuits in general and there's obviously that one big long straight but its not killer elsewhere, I think all the other races have quite long straights.