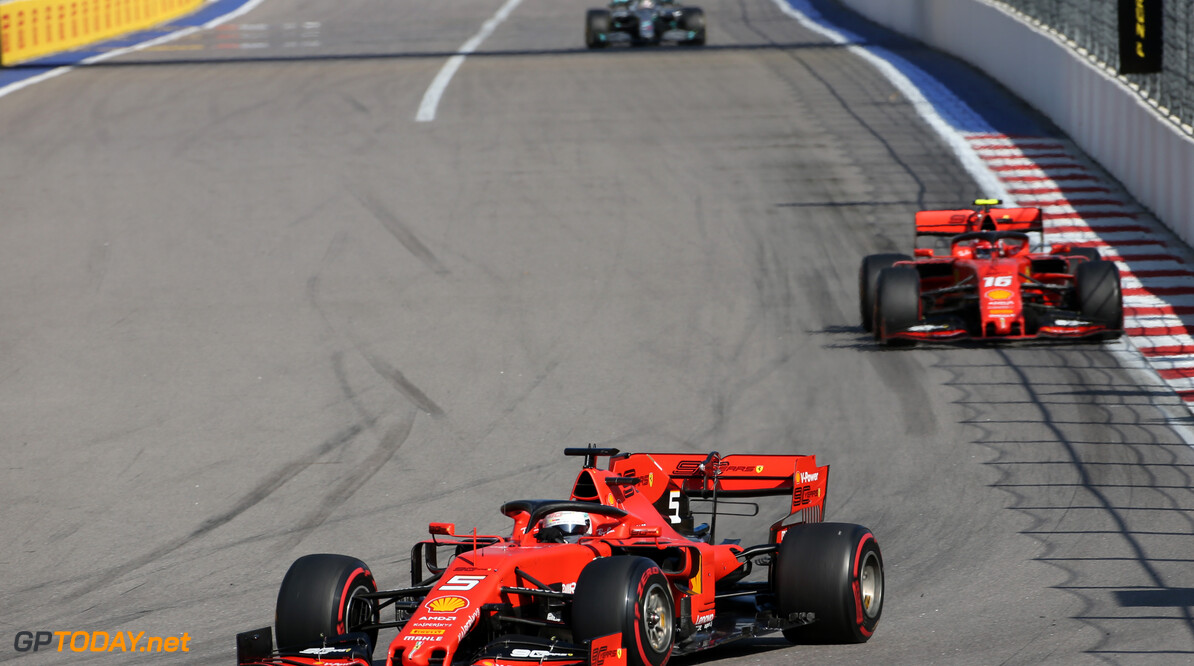 Ferrari team principal Mattia Binotto has denied that Ferrari's undercut strategy for Charles Leclerc was not done to ensure he overtook Sebastian Vettel.

Vettel took the lead of the race on the opening lap, using Leclerc's slipstream to propel himself into first place after he started from third on the grid.

Ferrari had planned to give Vettel Leclerc's slipstream as it aimed to get Vettel in front of Hamilton and run in a one-two formation.

However, Vettel didn't hand the position back to Leclerc when requested to do so by Ferrari, stating that Lewis Hamilton behind in third place was too close.

“Eventually, the two drivers may have different opinions by driving the car, but that’s something which we may discuss with them.

“We initially asked Seb to give the position back. But it's fair enough to say that at that stage of the race maybe Charles was not close enough and we would have lost some time on track.

"Later on Seb was quite fast and gained some track advantage on Charles. So we knew that we could have decided to do it later on.”

"The undercut was not for the reason of giving back the position to Charles, Charles stopped because of worn tyres. His left-rear was starting to be worn so that was the right moment for him to pit.

“We knew as well that if we would have stopped both our cars we would have been vulnerable on safety cars by leaving the lead to Hamilton. So we tried to stay out as much as we could with Seb simply to protect in case of Safety Cars in that period of the race.

"Seb’s tyres were worn, he called for it, it was the right moment to pit. He pitted and as a matter of fact Charles was ahead, Seb was behind but the race was still not over and there would have been plenty of opportunity to decide what could have been the best option later on.”