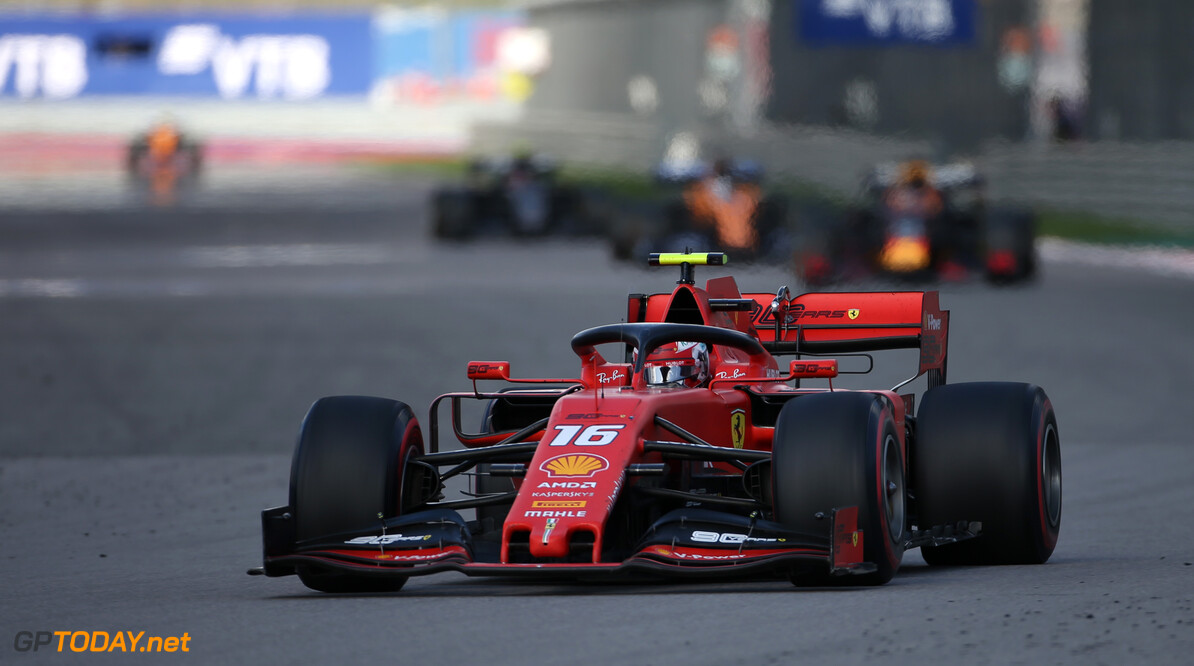 Charles Leclerc has defended Ferrari's decision to pit for a second time during the Russian Grand Prix, which conceded second place to Valtteri Bottas.

Leclerc made his first stop on lap 22, however both Mercedes cars fitted soft tyres on lap 28, as a virtual safety car was called when Sebastian Vettel retired from the race.

Lewis Hamilton emerged in the lead with Leclerc in second, but that soon became third when he too opted for soft tyres until the end.

Leclerc explained that he was wary of being on more worn tyres compared to his rivals, and believed that he may have lost a position to not only Valtteri Bottas but also to Max Verstappen at the restart, with the latter running in fourth place at the time.

"It was a tricky situation," Leclerc said."Staying on mediums that had already five or six laps compared to softs that were new, especially for the restart after the safety car I think everyone is struggling to keep the tyres in temperature.

"If you are on the medium, you are already at a disadvantage and if it's a bit worn then it's another disadvantage so we didn't want to take the risk to lose more than one position.

"I think we did the right choice, looking back you can always think about a better scenario but at that point I think it was the right decision for us."

Leclerc denies that there are trust issues between himself and teammate Sebastian Vettel after the latter didn't let Leclerc through after he was aided by his slipstream on lap one in a pre-race agreement.

"I think the trust doesn't change and I think we need to trust each other, Seb and myself," Leclerc stated.

"I think it's hugely important for the benefit of the team in some situation, to know that you can count on the other car and vice versa. I think it's very important but yes, the trust is still here."