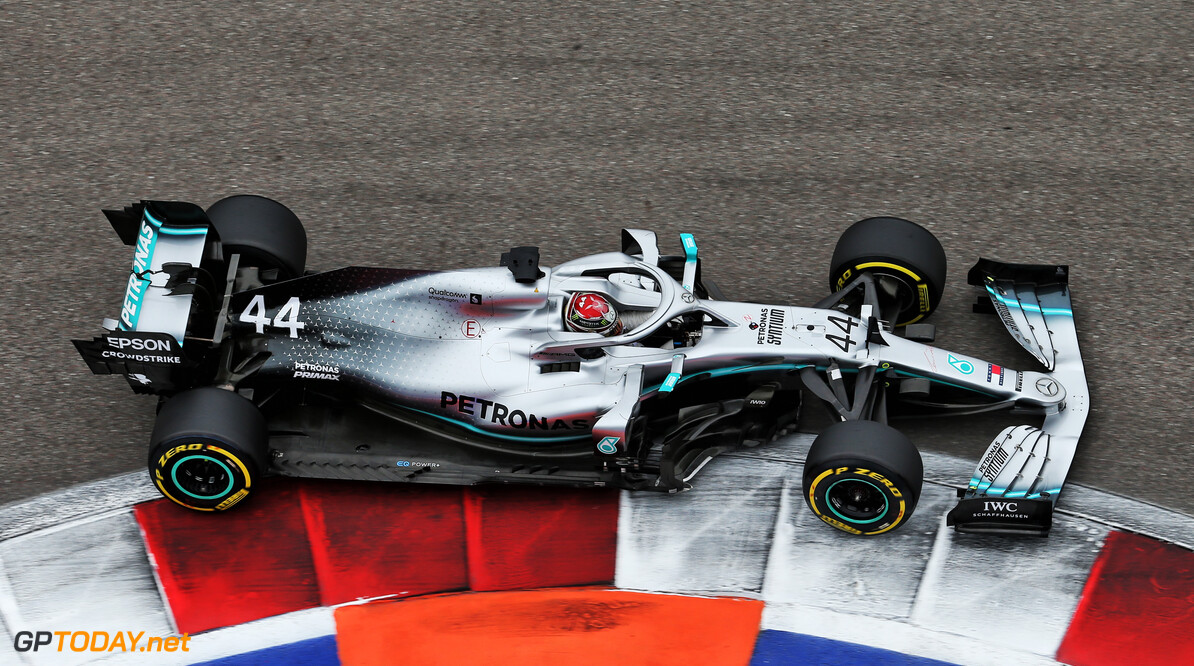 Mercedes' Lewis Hamilton says the team is losing eight-tenths of a second on the straight due to Ferrari's strong straight-line speed.

The Silver Arrows didn't top any of the two practice sessions on Friday, with Ferrari and Red Bull claiming the top spots between both sessions.

Hamilton ended the second practice session in fourth place, ahead of one Ferrari - however he believes Mercedes' rivals did a better job at understanding and progressing through the Sochi conditions.

"It's been a day of discovery and exploring," Hamilton said. "It started off not too bad and then it didn't really improve as the others made some big progressions.

"We anticipated that we're losing eight-tenths of a second or something tot he Ferraris on the straights but nonetheless, we've been improving, but they've been improving at a serious rate.

"We've been trying to figure out how to improve the car, but it's not an easy task."

Hamilton added that his day was a "constant balancing act", admitting that he struggled to find a comfortable set up.

"It [the car balance] started off good, then it tailored off and then it was a bit better towards the end of the second session," he said.