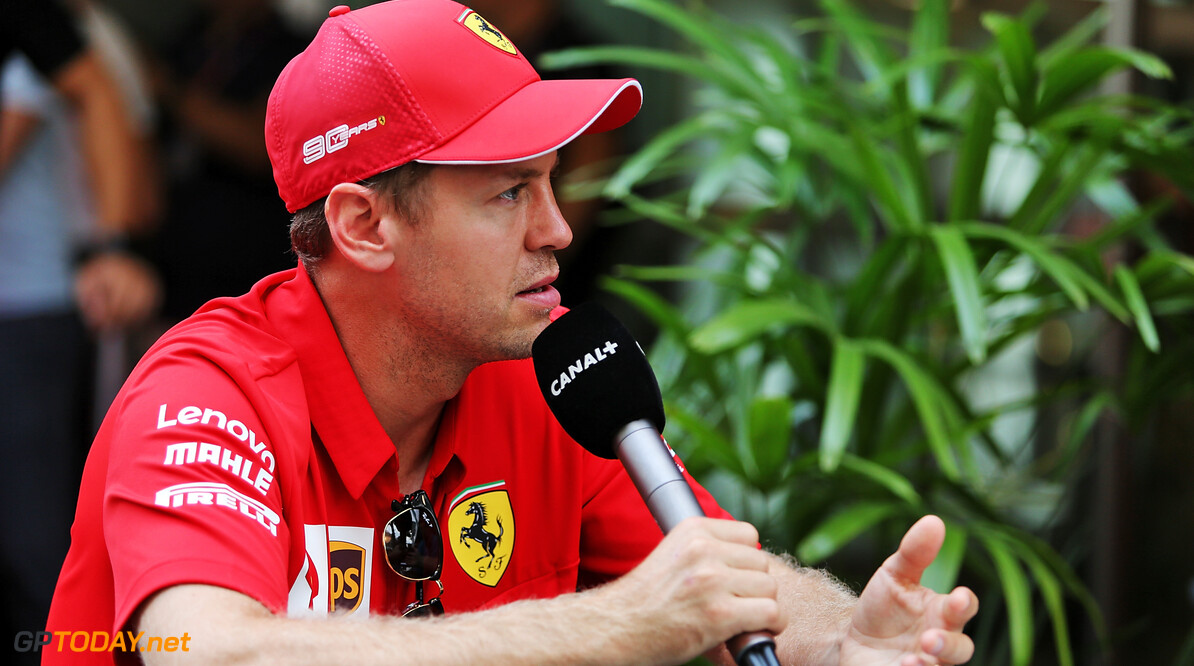 Sebastian Vettel admits that he is expecting the Singapore Grand Prix weekend to pose a challenge for Ferrari, despite the upgrades it has brought to the event.

The Scuderia outfit unveiled new modifications to the nose of its front wing on Thursday, aimed at providing the drivers with more downforce.

With Singapore being a "maximum downforce" circuit, Vettel pointed out that the last time F1 raced at a similar track was in Hungary - where the crossed the line over a minute down on race winner Lewis Hamilton.

"On paper, we know what to expect and hopefully we'll see the same on the track," Vettel said. "It would be nice if we could see even more.

"As long as everything is working and we can feel from inside the car that it is a step forward and allows us to extract more performance and feel more comfortable, then that would be a success.

"Any improvements will ultimately work in the driver's favour, so we'll see. If it gives you trust and confidence around here, then it's crucial to extract the extra bit."

Vettel has love/hate relationship with Singapore

Vettel says he has a "love/hate" relationship with the Singapore circuit, having won the race four times, more than any other driver.

However, the four-time world champion highlighted the physical challenges that come with what is normally the longest race of the season, coupled with the heat and humidity.

"I think it's a sort of a love/hate relationship because it's the toughest race in the season. It's the longest race that we have and physically one of the most challenging.

"There are no high-speed corners but it's hot in the car, it's very humid. I think you need an incredible level of focus driving here.

"So you want to prepare as best as you can and you don't want the race weekend to come, but ultimately you want to come here and prove to yourself you can do it.

"But I feel ready and excited. I like coming here, it's a special race. It looks spectacular, inside the car but also outside the car."