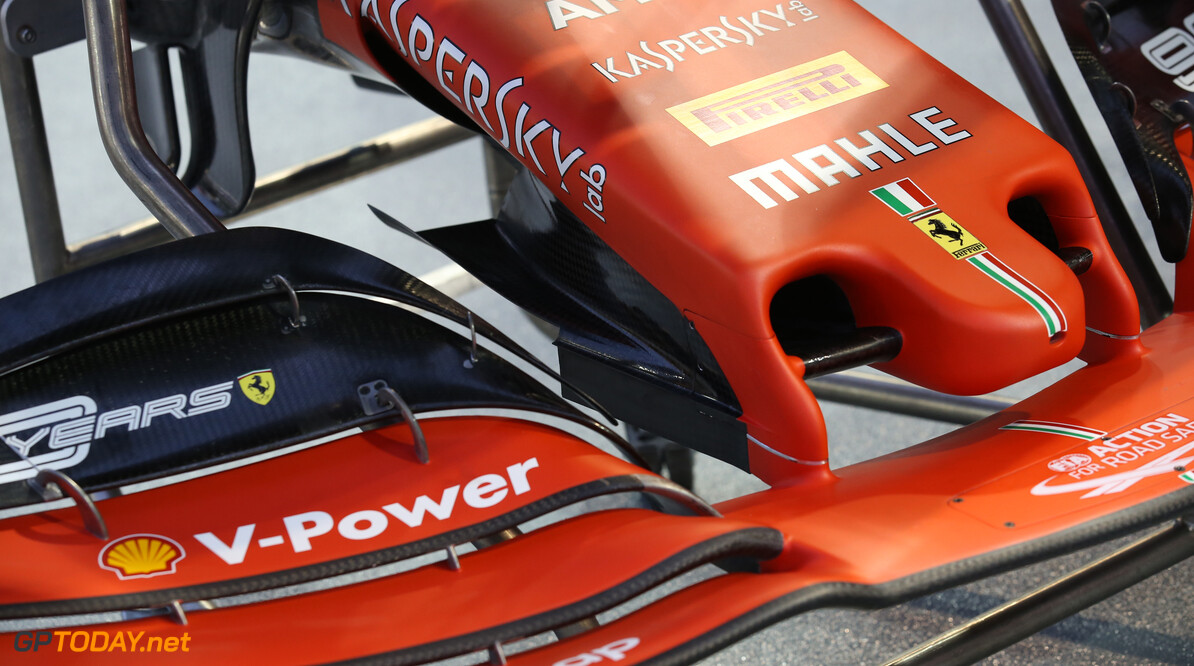 Ferrari has unveiled a brand new nose design in Singapore ahead of this weekend's Grand Prix event.

After excelling at the previous two races at Spa Monza which favour strong top speed, the team is expected to be bumped back down the pecking order this weekend.

In an effort to rescue some speed in the slow corners where it has struggled all season, Ferrari has uncovered its new nosecone at the Marina Bay Circuit.

The new design features a fresh cape section underneath the nose itself -  a change from the multiple open slots that were previously present.

The cape is not a new and innovative design, as it has been seen on the cars of Alfa Romeo, Mercedes and McLaren this year.

The cape extends to the inside of the front wing, between the crash structure and the mounting pylon that excites. In addition, there are also 'nostrils', synonymous with the Racing Point car, that further add to the production of downforce.

The T-wing has also returned to the rear of the car to add extra downforce.