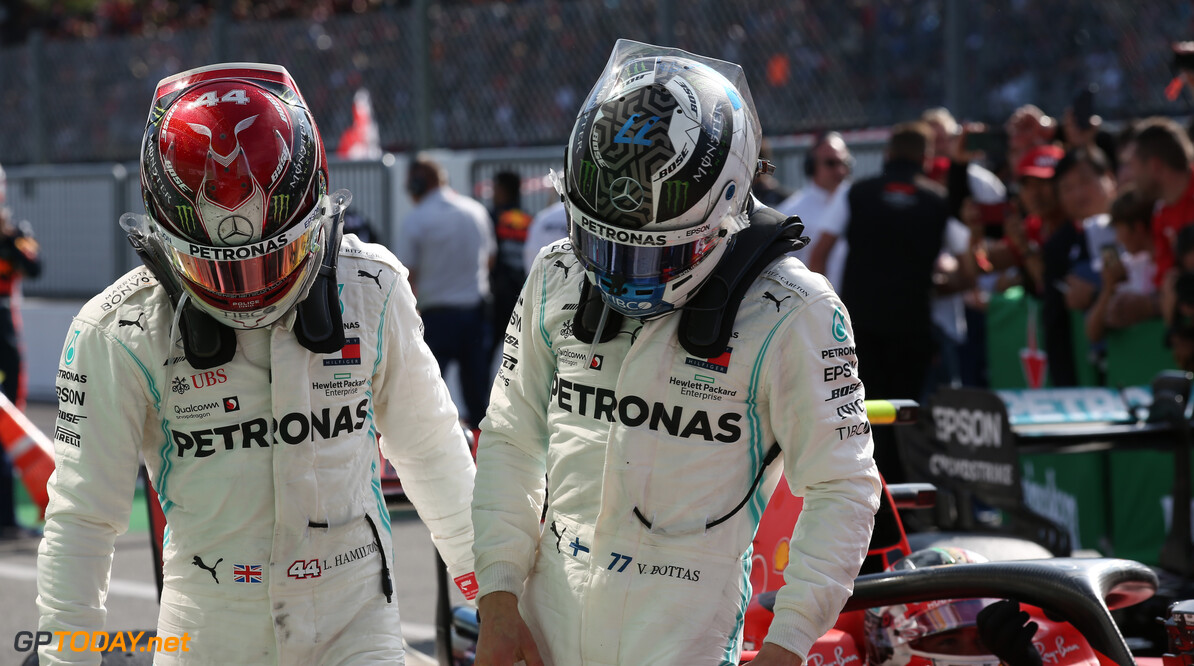 Bottas: Better not to focus on championship gap

Valtteri Bottas says it is better to focus on his short term goals rather than the big gap to teammate Lewis Hamilton in the championship.

The Finn is currently 63 points down on Hamilton with seven rounds left to run in the 2019 championship.

MORE: Bottas 'performs better' when his future is secured | Wolff: Authenticity still on at Mercedes for 2019 despite points gap

However, he is sitting second in the standings and is Hamilton's closest challenger - unlike last year, when he assisted Hamilton in the races - most famously in Russia when he was asked to move aside to let Hamilton through for the win.

"For sure, it's a different feeling, coming here this weekend, knowing that everything is possible," Bottas said. "He is a bit far away in the points, but it's better not to think about it too much.

"I will focus on the short term goals, every race weekend. I've learned a lot from last year, being here and it was a tough race. I started fourth and finished fourth."

'Anything' can happen at Singapore

Bottas added that he believes "anything" can happen this weekend at the Marina Bay Circuit, as Mercedes aims to pick up the first-ever one-two team finish at Singapore.

"The car is always a big factor, but there are more variables this weekend. It's been an interesting couple of years, and that year with the rain and stuff.

"Anything can happen this weekend. The car performance will maybe be a bit closer, it depends a lot on qualifying.

"It requires a good qualifying from both of us if we want to do it, and the race normally is a one-stop for everything. Just have to make sure that the tyres will take that.

"But there is always going to be safety cars and things happening, so it's not going to be an easy race to be one-two, but we'll try to fix that."