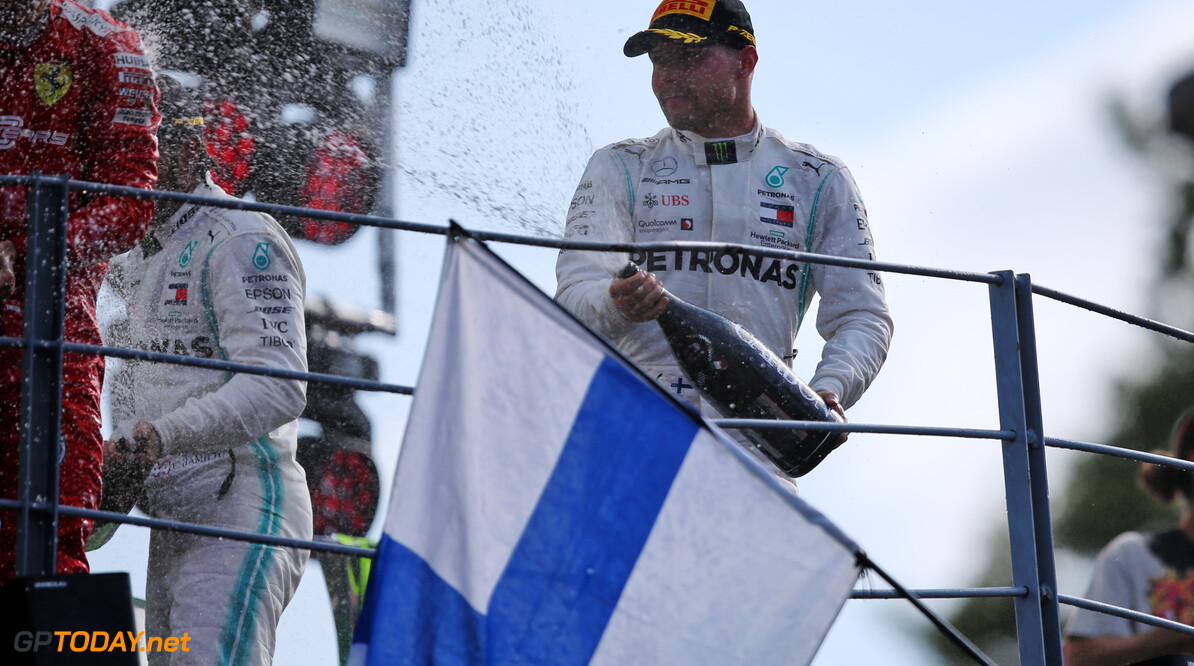 Bottas 'performs better' when his future is secured

Valtteri Bottas believes he is able to perform at a higher level when he doesn't have to worry about his future in Formula 1.

Prior to the Belgian Grand Prix, Mercedes announced that Bottas would remain at the team for the 2020 season alongside Lewis Hamilton, with the Silver Arrows retaining the same line-up for the fourth consecutive year.

Bottas says that he is not sure if having no contract in place had an impact on his title challenge this year, as he currently sits 63 points off Hamilton in the standings.

"It's always the same," Bottas said. "I can't say honestly if it made a difference or not. I can only say that it's not going to make a difference in the future, knowing that everything is done.

"It's impossible to say how it can affect your thinking process, your racecraft, your weekend preparation if there's' talks going on or not.

"Knowing myself, I perform better when things are done and there are no disturbing things from that side. So I'm definitely feeling better than before the break."

Bottas suffered one DNF this season, when he crashed out of the German Grand Prix while chasing Lance Stroll in the latter stages of the race for second place.

The Finn insists that he was not directly thinking about his contract before or after his mistake, but is none the wiser to knowing if it had any reason behind the crash.

"It would be nice to know if a couple of the mistakes I did, like let's say Hockenheim if it had an effect or not," Bottas pondered.

"But I can't say, honestly. When I went off, I was not thinking, 'do I have a contract for next year or not?'. But if it affects somehow, who knows."