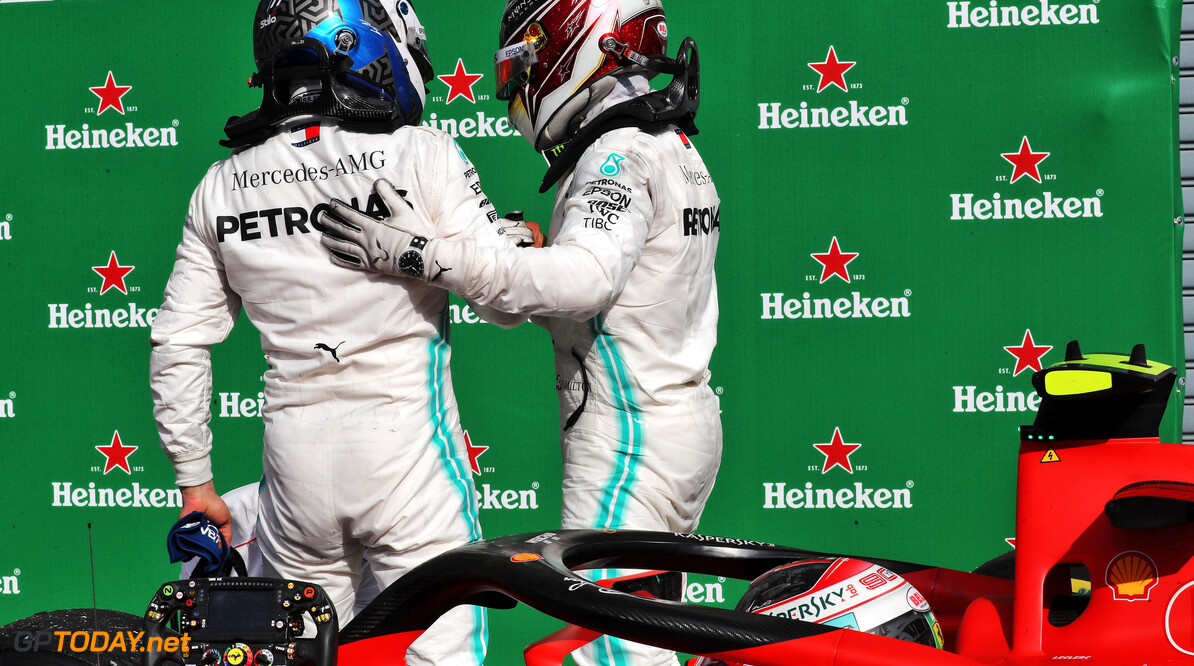 Bottas: Championship gap to Hamilton not 'night and day'

Valtteri Bottas is still keeping his championship hopes alive as he says the gap between himself and Mercedes teammate Lewis Hamiton for the top spot is not "night and day".

At the Italian Grand Prix last weekend, Bottas outscored Hamilton for the first time since Austria, decreasing the gap slightly in the championship after crossing the line in second, while Hamilton was third.

MORE: New generation of drivers get away with more - Hamilton

Bottas is now 63 points behind the five-time world champion with seven races left to run in the season, leaving him with some hope that fortune could play into his hands.

"It's definitely a better feeling, going forwards," Bottas said after his P2 result at Monza. "I also feel I have very good support from the team. The points gap between me and Lewis, it's a gap but it's not like it's night and day.

"You never know what can happen in a championship and there still might be opportunities. There's no point giving up, there's still seven races and things can happen.

"I'll take it race by race. It's encouraging for me to see I can perform, and there's no doubt from my side that I can. When I'm able to be at my best, when there's hope and motivation there, I know I can do it."

Bottas says that he is now looking forward to the race in Singapore, as it aims to have a strong weekend at a circuit that hasn't endorsed him in the past - and keeping up a trait this year of producing strong results at historically unfavourable circuits for the Finn.

"So just looking forward to Singapore, another race that has been difficult in the past and Lewis has been strong there. So we'll give an effort there to try and have a good, strong weekend," Bottas stated.

"Singapore is definitely on paper better for us than Ferrari than here. We were close to them here, so it should be good. It's a special track, very hot conditions and you need what it needs mechanically from the car.