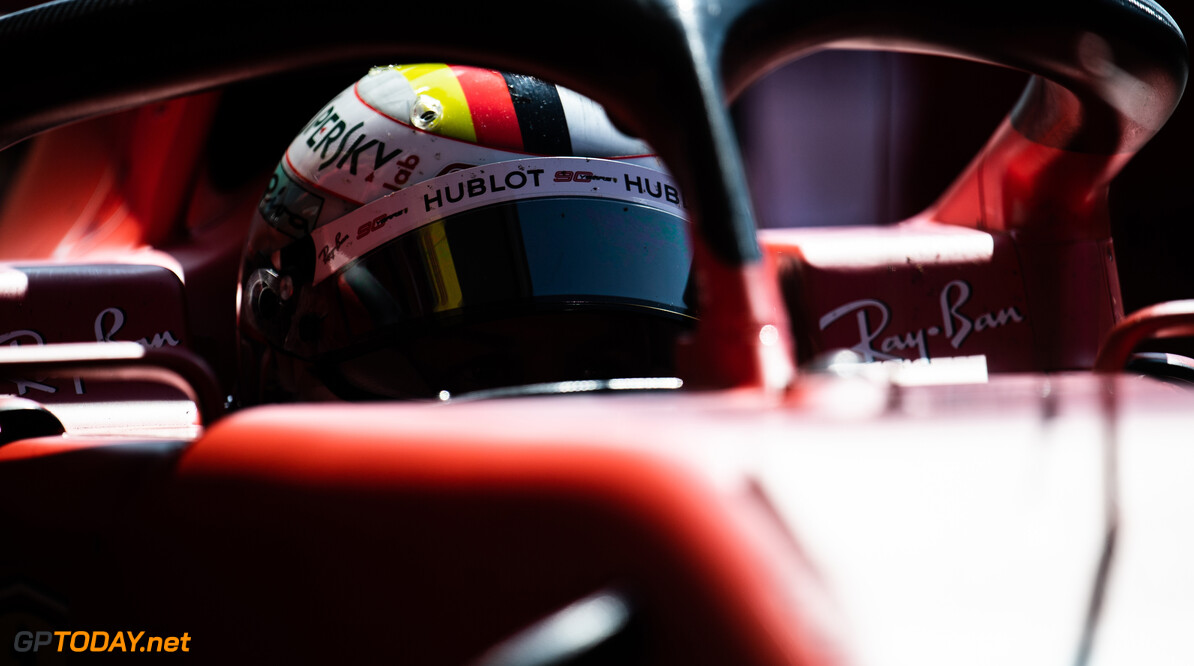 Vettel has 'no excuses' for pole defecit

Sebastian Vettel says there are "no excuses" for his gap to pole position on Saturday at the Belgian Grand Prix.

The German will line-up in second place for the start of Sunday's race, behind teammate Charles Leclerc, who managed to take pole position by over seven-tenths of a second.

The runs in Q3 saw traffic stack up in the final sector as drivers jostled for position, with Vettel being overtaken at the final corner by the Mercedes of Lewis Hamilton, who ended the session in third.

Despite the traffic problems, Vettel says there must be no excuses for him as he goes in search of his first victory in 12 months.

"In the end, it's good that we secured the first row," Vettel said. "To fight for pole... I was sort of in the queue and that didn't help. But there are no excuses.

"There's good pace in the car so hopefully we can show it over the 44 laps," he added.

With lower temperatures expected for the race on Sunday, Vettel is not expecting such a scenario to impact the car, as it will be the same situation for everybody.

"It should be better, the car felt better today," he said. "The temperatures should drop overnight, which makes a difference, but it's the same for everyone."

Teammate Charles Leclerc admits that his first sector was far from ideal, but he managed to hook the lap up in the following two sectors to take his third career pole.

"It felt good. The first sector wasn't what I wanted, especially the first corner," said the Monegasque driver. "We had to go very slow throughout the lap because there was a lot of traffic. But after that from the second corner onwards, we were very strong and it felt amazing."

Leclerc didn't get caught up in the tussle for track position at the end of the session, which is something he says he worked to avoid, as he didn't want a slipstream.

"That's what I asked in the garage, I didn't really care about a slipstream. It was just too much of a mess to prepare the tyres and the lap overall, and it worked out, so I'm happy."