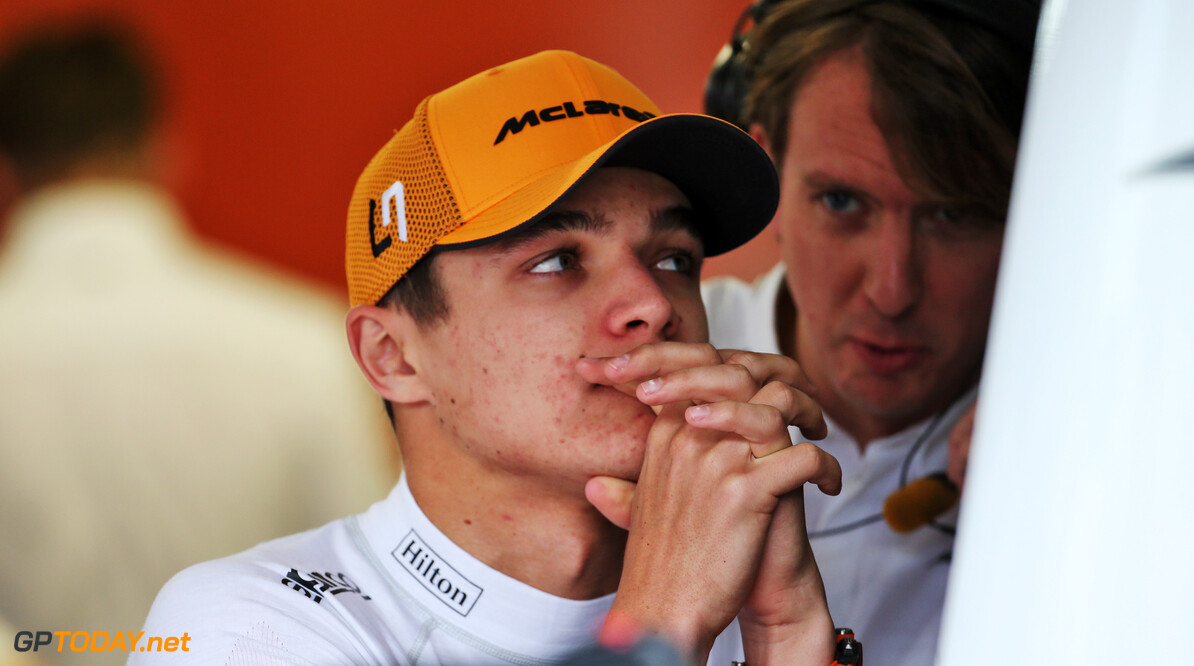 Lando Norris is wearing a leg brace as a precaution a week before the Belgian Grand Prix kicks.

The Briton showed the leg brace while streaming on Twitch on Sunday night, raising concerns that he may be injured for the race in Belgium next weekend.

However, McLaren confirmed to GPToday.net that the young Briton sustained a minor injury over the summer break, but is not expecting him to miss out on the race at Spa-Francorchamps.

"Lando mildly inflamed a tendon in his left foot while out running when he was on holiday," McLaren told GPToday.net. "If it was anyone else they wouldn't be wearing a boot, it's belt and braces for a couple of days to isolate it while it recovers.

"It's precautionary. He inflamed a tendon running but all good. Looks way more dramatic than it is."

Norris has enjoyed a strong start to his rookie season, scoring 24 points in the opening 12 races, helping McLaren to its current fourth spot in the constructors' championship.