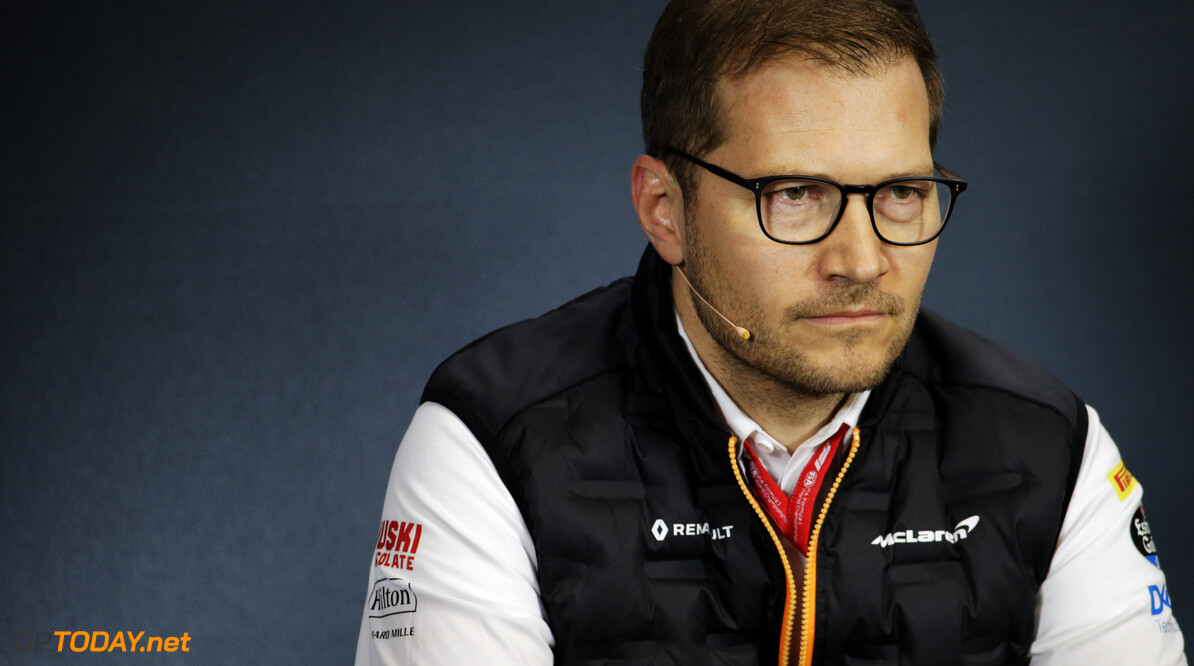 McLaren analysing when it can switch focus onto 2020 car

McLaren's "key" in the second half of the 2019 season will be getting to the point where it can switch focus onto its 2020 car, according to team principal Andreas Seidl.

The Woking squad has enjoyed a successful first half to the year following on from a handful of disappointing and frustrating seasons competing towards the back of the midfield pack.

The Woking squad is currently fourth in the championship standings, 41 points ahead of Toro Rosso in fifth place.

For the 2020 season, McLaren is aiming to close the gap to the top three teams, insisting that next year's campaign will be an "evolution" rather than a "revolution".

"Our ambition is that next year we can go somewhere in-between the gap we are having at the moment, between the top three teams and us,” Seidl told Autosport.

“If you look at the lap times we are somewhere between 1-1.5 seconds away from the top three teams, and our target is to jump somewhere in-between that. I would say for us that next year will be an evolution rather than a revolution.

“We have a good pace now, we learned a lot with that car, we know what the weaknesses are and that is something we want to address for next year.

“For us, where we think the next step will come with car performance is that have we started this time, and it is the first time for a while, with a normal timing of doing a car.”

For the second half of the season, McLaren is aiming to get to the point where it can fully switch its focus onto the 2020 car without worrying about compromising its 2019 position.

“But we need to be realistic," Seidl added. "As I have said many times, there is no magic. The gap to the front is still huge but the aim is to get somewhere in-between next year.

“The key now for the second half of the season will be when to really get to the point where we can switch full focus to next year’s car.

“Obviously results like Hungary  help us with that decision because one thing is also clear with the performance: the gap to the front is still huge and we clearly have to target to make the next step next year.”