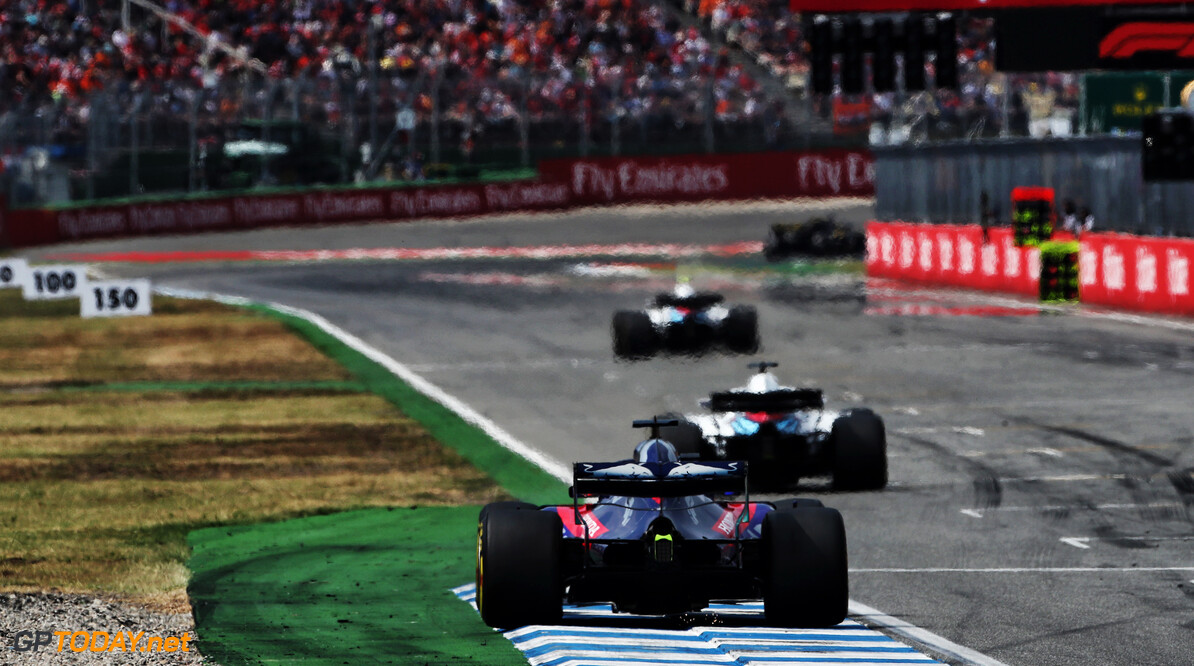 Hockenheim has one DRS zone removed for 2019 race

The FIA has altered the DRS zones for the 2019 German Grand Prix, removing one zone that was used during the 2018 event.

Drivers will no longer be able to use DRS along the start-finish straight during the weekend, as they were able to do so 12 months ago.

The circuit still has two DRS zones, with the first being after Turn 1, before ending at Turn 2. The next DRS zone follows immediately after, spanning down the longest straight on the circuit, which ends at Turn 6.

Last year, a number of circuits introduced a third DRS zone in order to boost overtaking during a race.

In 2019, DRS is much more powerful due to the larger rear wings coupled with the increase in drag the car in front is suffering.

The first practice session for the German Grand Prix kicks off at 10 AM local time on Friday, with hot temperatures expected to make life difficult for the teams and drivers.