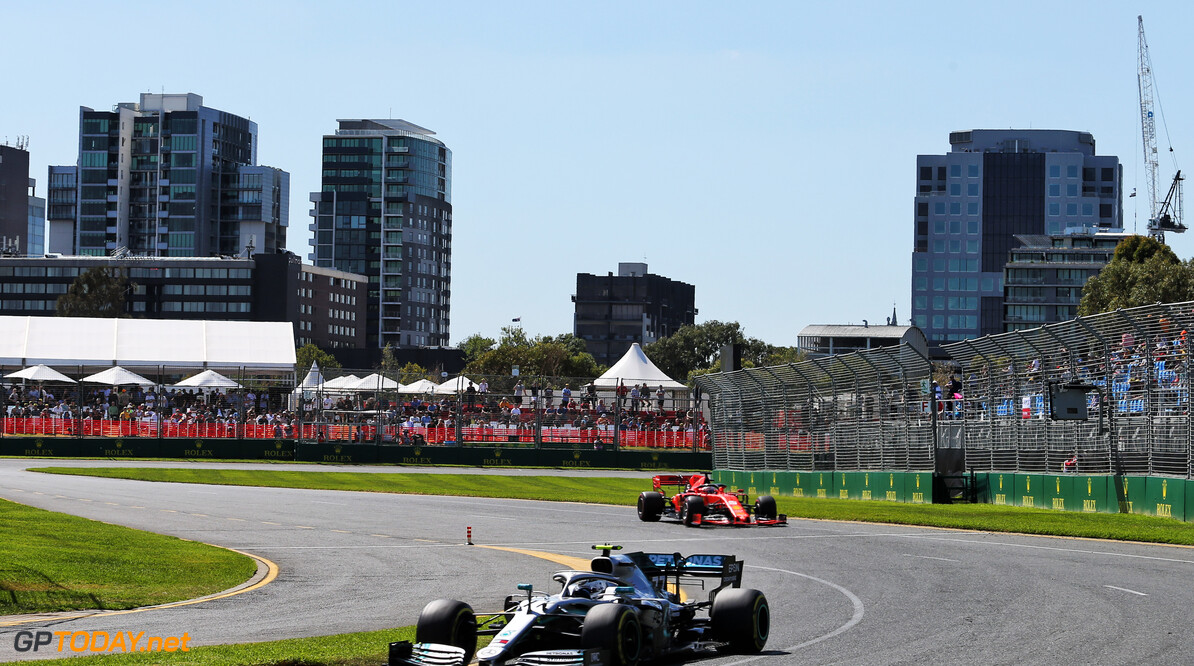 The Australian Grand Prix is opening up to the possibility of changing aspects of its track layout following its new contract.

Last week, F1 confirmed that it had signed a deal with Melbourne, extending its current contract until the end of the 2025 season.

Now that it has secured its future, the layout of the circuit could change in order to boost overtaking - something that has been criticised by fans in recent years.

While changing the direction and angles of corners is one option, giving the track a new surface is also on the agenda.

"It's important to get a return on investment in anything you do, and the ability to have that extra two years provides more certainty to do a couple of things," said Australian Grand Prix Corporation CEO Andrew Westacott.

"One is to look at the resurfacing. The drivers at the moment haven't said that it's needed. They wax and wane. Sometimes it's the most imperative thing that they want to do, and other times they like the character of a street circuit.

"The other thing that it does, it allows us to have a look at the evolution of the track and look at what tweaks we can make given the physical limitations of a lake and a sports stadium and a pit building and other things.

"We'll have a look at the evolution of the design and layout in particular areas to see whether we can tweak it."

Prior to the announcement that Albert Park had extended its deal to host the Australian Grand Prix, it was confirmed that it would once again host the season-opening race in 2020.

Westacott added that part of Australia's new deal is to keep it as the opening race of the season each year.

"It's essentially part of the deal," he said. "I won't go into individual wording in the contract, because we don't talk about the detail of the contract.

"But you heard Chase Carey come out and say the season essentially starts in Melbourne, it finishes in Abu Dhabi, you've got Monaco, which has a place in the middle.

"Now securing great events like Silverstone, you get the real cornerstones and the big components of a Formula 1 season, whether it's 20, 21, or 22 races. And everything fits in around those starting points and finishing points."