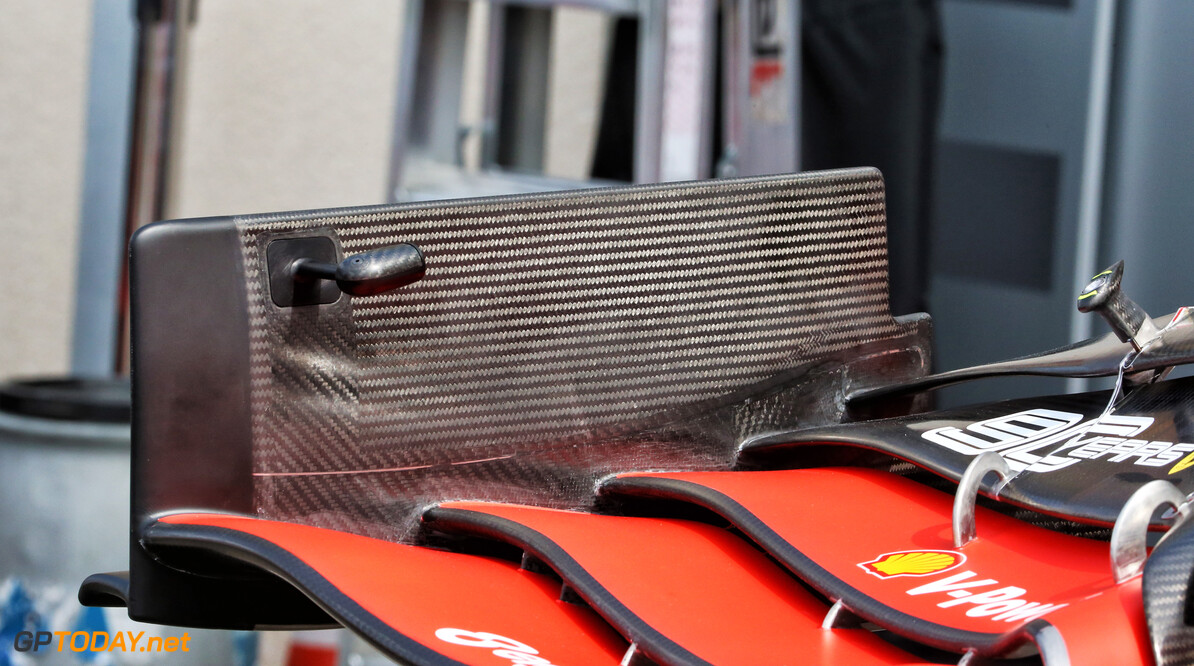 Charles Leclerc says that Ferrari's updated front wing in France won't give the team a significant improvement in terms of lap time.

The Scuderia outfit has arrived at the Circuit Paul Ricard with some changes to the front wing, however, it is not a major renovation to its original concept.

The wing features a small cutout at the top to direct airflow onto the face of the tyre. A small fin has been added to the outside section of the footplate, while the curvature of the wing has also been altered.

But as Ferrari goes in search of its first win of the 2019 season, Leclerc doesn't see the change to the front wing as a big one.

"I think it will help in different parts of the corner," the Monegasque driver said. "We don't expect significant change for this track, but we should see some results and hopefully it will be better.

"But I don't think we are expecting big improvements for this track particularly."

So far this season, Leclerc has beaten teammate Sebastian Vettel in qualifying on just one occasion- when he claimed pole position in Bahrain.

The average gap between the two so far is almost two-tenths, and it is on Saturday where Leclerc feels he needs to make improvements in order to claim better results.

"In qualifying [at Canada], I did some mistakes. To put everything together in qualifying is my main target at the moment," Leclerc said.

"During the race, the performance was strong on my side so I was very happy with it. In qualifying, unfortunately, I did some mistakes and I think we were quite lucky to start from third position.

"I think I need to learn from this, try to get better and then the results will come together."