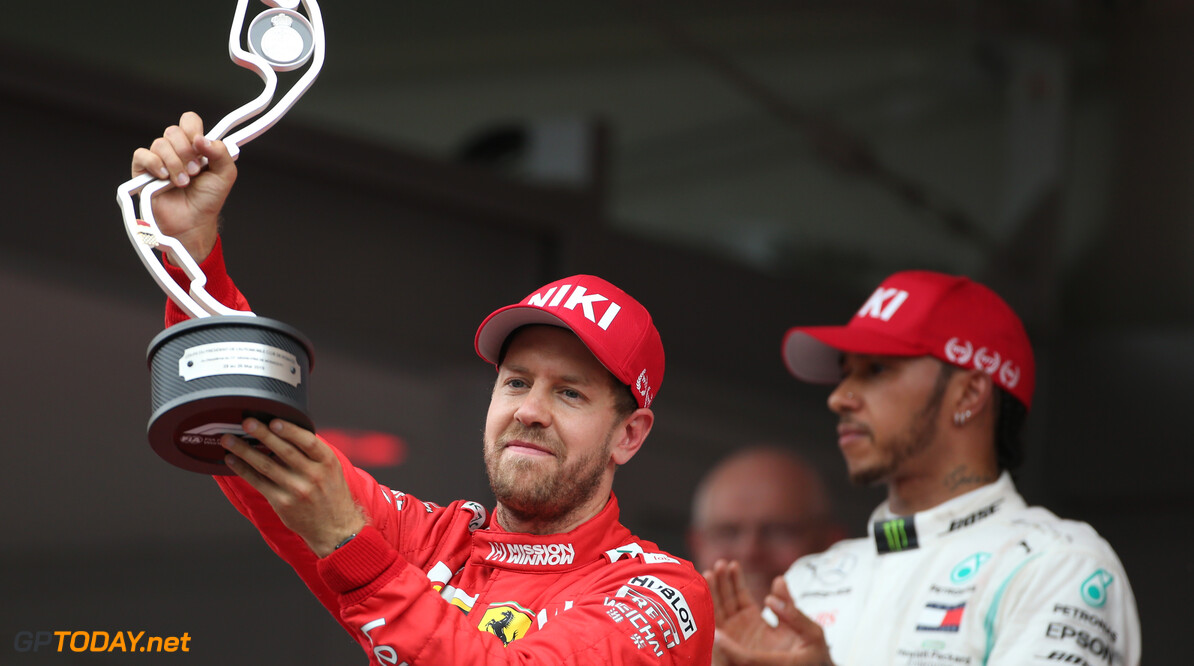 Vettel still not content with SF90 after season-best result

After Ferrari's best result of the season, Sebastian Vettel says that he is still not happy with the SF90. The Italian team are currently second in the championship but are trailing Mercedes by 118 points to 257.

Following Ferrari's disastrous qualifying session which saw Charles Leclerc being knocked out in Q1 Vettel revealed that the team were fighting to find the performance they need to challenge Mercedes.

"It's been a tricky weekend. I don't think I ever got on top of the car so I'm still struggling to find the ultimate trust and performance.

"Today, we had some glimpses in the race that were quite strong, I think the end of the first stint we were there or thereabouts. People were opening gaps, but with the safety car it was clear what was going to happen."

After Leclerc's failed attempt at passing Romain Grosjean resulted in a puncture, his tyre disintegrated which spread debris across the track and resulted in the safety car being called out, prompting pit stops.

"Everyone came in for the stops, then there was the incident in the pit lane which in the end helped us to gain that position to Valtteri and also to Max."

Max Verstappen was released from his pit stop into the path of Valtteri Bottas and the two had contact. On the next lap, Mercedes saw a problem with Bottas's tyre pressures so called him in for a second stop which resulted in him losing the position.

"I was quite happy with the stop, but Max must've had an incredible pit stop, really fast. I think we did the right thing in terms of strategy, we had the right tyre until the end."

The four times World Champion has struggled to compete with Mercedes so far this season. The performance deficit came as a shock as during pre-season testing it seemed that Ferrari had the edge over Mercedes.

Vettel has achieved one second place, two thirds, two fourths, and one fifth in the first six races of this season against Mercedes who have achieved five one-two finishes and today's first and third place.

"We didn't have the pace to be a threat the whole weekend, that's what we need. At the moment, Mercedes is really really strong but we are doing all we can to catch up."