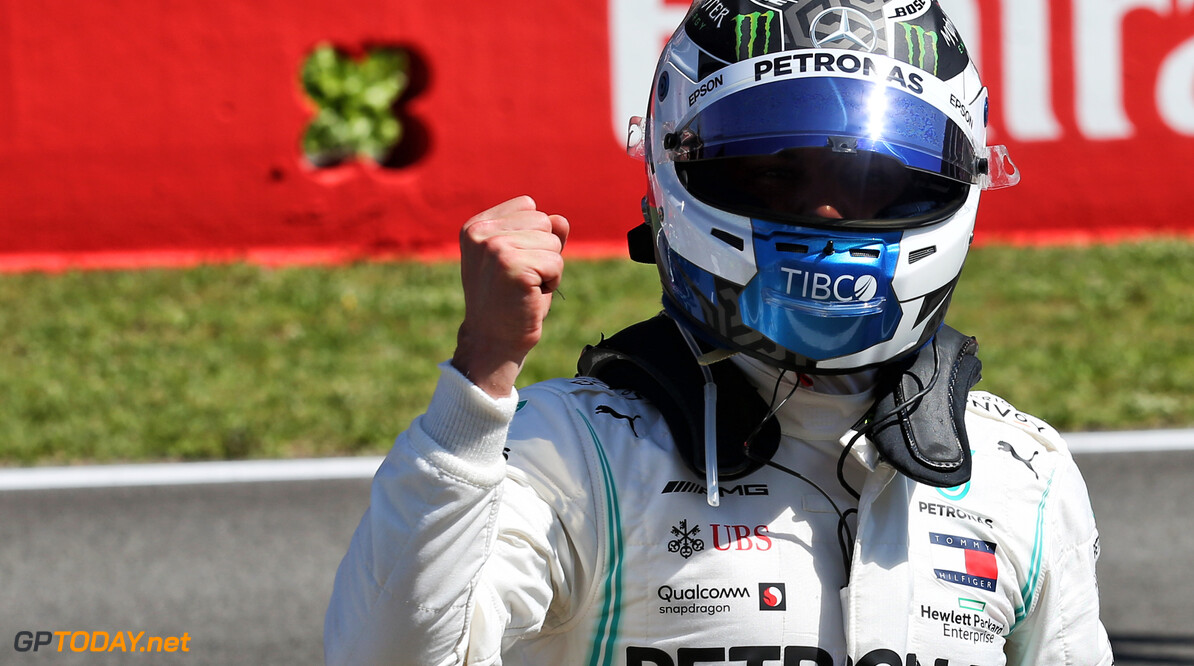 Valtteri Bottas says he didn't expect the gap over teammate Lewis Hamilton during qualifying for the Spanish Grand Prix to be so large.

The Finn claimed his ninth career pole position and his third of the 2019 season, leading Hamilton by more than six-tenths of a second after their final runs in Q3.

Bottas admitted his lap was "really enjoyable", and is pleased with his recovery after a difficult Q3 session which involved a spin into the gravel.

“I’m surprised by the big gap over Lewis, it’s bigger than I would have expected. I don’t know how Lewis’ lap was, but this time, everything went right on my lap.”

“It was a really enjoyable, nice lap. A nice feeling, and a nice adrenaline rush. The car was behaving and doing what I asked of it.

"As a team, we’ve done an incredible job and I’m proud of the recovery from a difficult FP3."

However, Bottas is not paying too much attention to the statistics surrounding his season so far: “I’m not a big fan of numbers, and at this point of the season there’s no point in thinking too much about numbers. Right now, it’s just all about the moment.”

Bottas continues to lead the championship by one point over Hamilton.