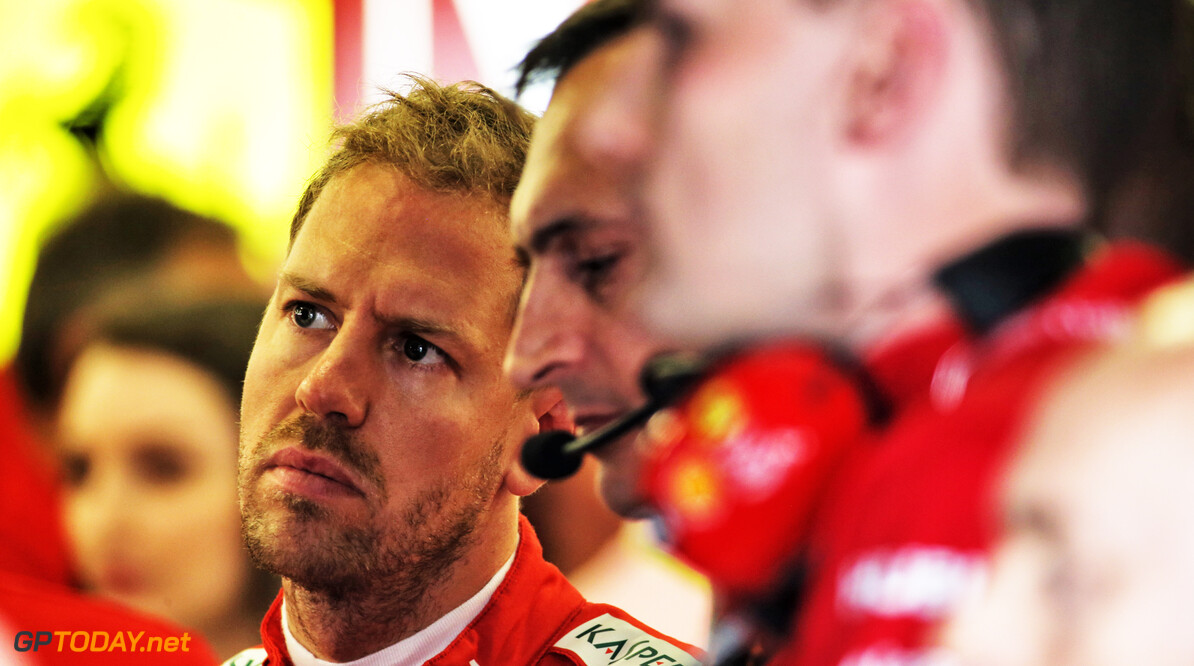 Sebastian Vettel has played down Ferrari's timesheet pace after the opening day of practice in Baku, as the German believes Mercedes will be in the fight once more on Saturday.

This year, Ferrari has often displayed strong pace on Friday before receiving a challenge from Mercedes on Saturday and Sunday, and Vettel says that he knows better than to make assumptions based off Friday's running.

"I don't like Friday predictions," he said. "It's very difficult around here, it's all about getting the right lap, finding the rhythm and so on. It was a difficult day for that.

"Overall I think it was okay. We can still improve tomorrow and if we do so, it will be quite close to Mercedes, they look strong today also today."

Ferrari brought a number of upgrades to the race weekend, as it looks to recover from a poor start.

Although it locked out the front row in qualifying at Bahrain, it has not yet won a Grand Prix in 2019, with Mercedes taking three consecutive one-two finishes.

Vettel says that the lack of running and poor track conditions provided limited information for the new parts, but affirmed that Saturday will allow Ferrari to see more conclusive data.

"It's tough to say," Vettel spoke of the effectiveness of the upgrades. "The track was quite poor, slippery and dusty.

"It took a while to ramp up, maybe tomorrow will be a better day to make a final judgement but it felt good. All the numbers seemed to stack up so that's a good sign.

"We crossed checked as much as we could this morning so let's see tomorrow how fast we can be."