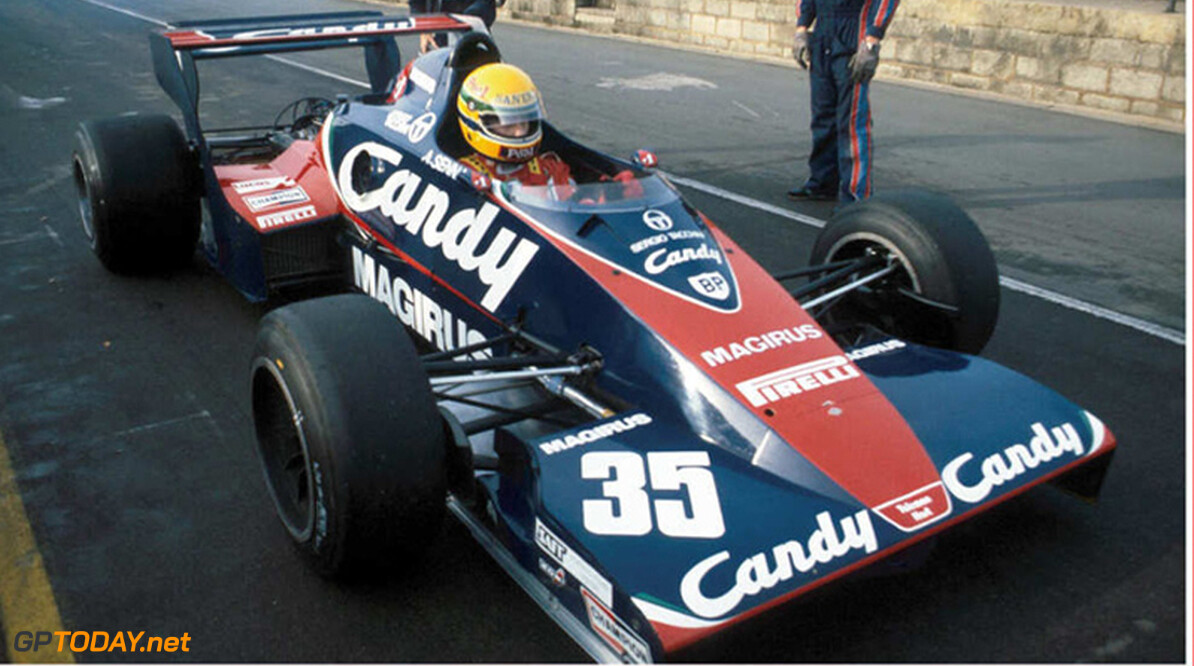 During his first year in Formula 1, Ayrton was confronted with a world champion as a teammate. In 1975, Johnny Cecotto, in the 350cc two-wheelers, became a nineteen-year-old driver champion

Cecotto, born in 1956 on January 25 in Caracas had an impressive career as a motorcycle rider. He started at 48 Grands Prix and won 14. There could have been more if he had not been seriously injured twice. In both 1977 and 1979 the Venezuelan driver was badly hurt in serious accidents.

In 1977 he was involved in the fatal accident of the Swiss driver Hans Stadelmann during the Austrian Grand Prix. He arrived back at the Swedish Grand Prix and scored a second place. At the end of the season he won the races in Finland and the race at Brno.

In 1979 things went wrong again in Austria, as Cecotto broke a kneecap and was out for more than half of the season. The many injuries were a reason for Cecotto to stop bike racing and he decided to continue his career with four-wheelers. His first race came in 1980 at Silverstone circuit where he participated in a race for the European Formula 2 Championship.

Cecotto's speed became clear in 1982 when he finished second in the Formula 2 championship for March-Racing behind Corrado Fabi. Fabi won the title after Cecotto had to give up one of his ten results because only nine would count. Because of this, he was one point short for the title.

Nevertheless, Cecotto remained ahead of a few future Grand Prix winners in the championship. Thierry Boutsen was third for Spirit and Alessandro Nannini tenth for Minardi. Highly regarded drivers like Stefan Bellof and Stefan Johansson were fourth and eighth in the championship.

Cecotto made his debut for Theodore Racing on March 13, 1983. He had an excellent start in Formula 1 with sixth place in the second Grand Prix of the year at Long Beach. After that it was a pain and suffering for Cecotto: he couldn't qualify in Monaco and missed the cut three times in the European Grands Prix. After the Italian Grand Prix, the finances of Theodore were empty and Cecotto had to look for another racing stable. In 1984 he finally came to Theodore with Toleman Motorsport.

Cecotto got Ayrton as a teammate, but could not convince throughout the season. The Toleman TG183B, in which Cecotto drove the first four Grands Prix, was far from reliable. The Venezuelan had to match his younger teammate from Brazil. The two did get along well and Cecotto was important for Ayrton. Partly because of his feedback Ayrton was able to score several strong results in the course of the season. Cecotto drove his last Grand Prix in Dallas but during the next race in Brands Hatch he could not qualify due to a serious accident in which he broke both legs. Cecotto was replaced at the end of the season by Pierluigi Martini and Stefan Johansson.

After a long rehabilitation, Cecotto returned to motorsport. Cecotto's post-Formula 1 career became an impressive one. The former engine driver won just about everything there was to win in the touring car field. As a factory driver of BMW, Cecotto won ten races in the DTM championship between 1989 and 1992. He came second in the DTM championship in 1990 and won another four races for Mercedes in 1988.

He won two championships in the German Super Tourenwagen Cup for BMW Motorsport International and was a teammate of Nelson Piquet and Danny Sullivan at the Le Mans 24 Hours in 1996. Cecotto drove the McLaren F1 GTR to sixth place in her class. In 1987 he finished third with Gianfranco Brancatelli in the 'Class 2' at Bathurst. Today Cecotto is a commentator for Venezuelan state television in Formula 1 racing.