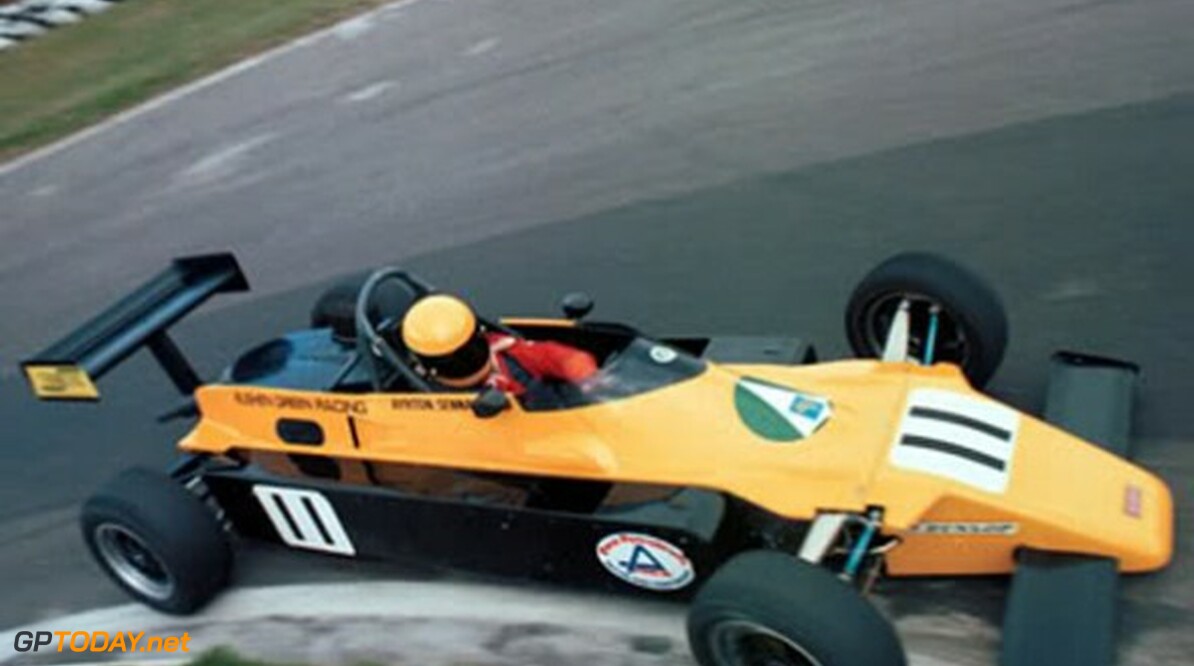 After winning both championships in Formula Ford 1600, Ayrton decided to go back to his homeland Brazil. Ayrton hibernated in Sao Paulo and prepared himself for a new challenge in his motorsport career, the Formula Ford 2000.

Ayrton had contacted Green Racing's Dennis Rushen during his Formula Ford 1600 campaign in 1981. During the race at Snetterton that year, Rushen saw a yellow/black car pass by. He kept an eye on this driver. When it started raining, Ayrton was running further and further ahead. From that moment on Rushen knew that a special driver was circling the track.

Rushen spoke to him after the race. He soon found out that the Brazilian's English was on the lousy side. In an interview with Henry Hope-Frost, Dennis Rushen said: "I introduced myself to a 21-year-old Brazilian, his name was Ayrton Senna.

His English was not very good and I tried to explain to him in 1981 that his next step would be the Formula Ford 2000. A car with two-litre engines and wings. I told him that my team did an excellent job that year with Tommy Byrne.

He nodded and understood what I meant. Nevertheless, at the end of the year he went back to Brazil with his young wife. He didn't even drive the Formula Ford festival at Brands Hatch. I was disappointed because I saw in him as an ideal young driver.”

Rushen also talks about the situation after Ayrton left for Brazil: "I came into contact with Chico Serra, another Brazilian driver. He told me that he knew a seriously good driver and he wanted to introduce me to him. It turned out to be Ayrton. Ayrton had called the boss of Van Diemen from Brazil, Ralph Firman Sr. and told him that he came back to Europe.

"Ralph gave me an RF82 FF2000-Van Diemen and so we started in the British and European Championship. Strangely enough, and few people know this, the da Silva name Ayrton had dropped. In a Brazilian newspaper he read a piece about a guy who had exactly the same name.

"We told him that da Silva is the same as Smith in England and that from now on we would call him Ayrton Senna Smith. He didn't want that, his words were literal: I am Ayrton Senna!”

It is known that 1982 was the most dominant year ever in the history of Formula Ford at European and British level. Senna won both championships with a street length lead. Ayrton set all records higher. He won 22 times, took 18 times to pole position, completed 22 fastest laps and scored a total of 516 points in the two championships. It was recognised that it would take a long time for those records to be challenged.

The performance got even more attention because Senna managed to win twice on two different circuits during a 'Double Duty' race weekend. On March 27th, Senna won at the circuit of Oulton Park in the north of England.

The next day, on March 28th, he won at the Silverstone circuit - 225 kilometres away. His team, Rushen Green Racing, transported his car during the night from Saturday to Sunday to the Formula 1 circuit. Ayrton drove several 'Double Duty's' during his year in the Formula Ford 2000 championships.

On May 2nd he drove at Donnington Park and one day later he won at Mallory Park, but the distance between the two circuits was only 35 kilometres. Ayrton and his team delivered the best performance by winning the Dutch Grand Prix support race at Zandvoort on July 3rd and one day later, starting an event almost 400 kilometres away.

Ayrton and Rushen Green Racing travelled by car and boat to the Snetterton circuit, where Ayrton was on the podium for the second time within 24 hours. Something that is clear - it was a very different time in motorsport back then.

The races of Ayrton from 1982 under the microscope:

The specifications of Diemen Formula Ford 2000 by Rushen Green Racing: