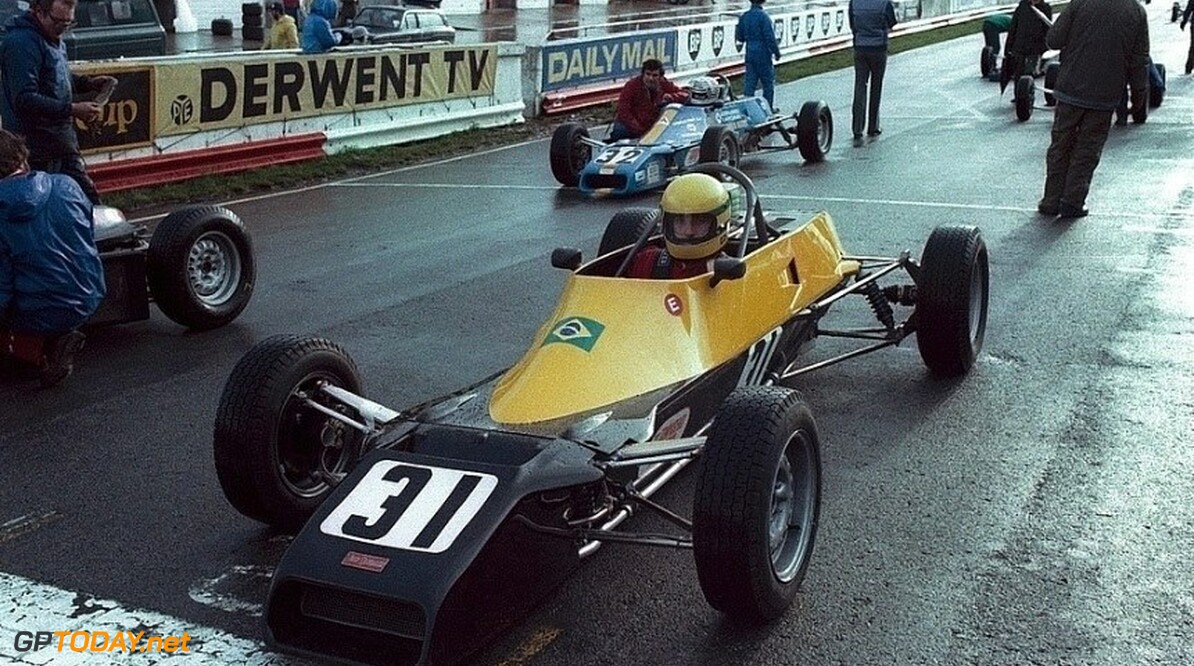 The stories about Ayrton Senna and his debut year in British motor racing are described at some length on different sources. One talks about being a spectator at Ayrton's first race at Brands Hatch and the other as a track commissioner.

The fact remains that that first race on March 1, 1981 was the birth of Ayrton Senna on a circuit where single-seaters were active.

Why this first race was so important for Senna’s career only became clear at a later stage.

In 1981 Senna used a Van Diemen F80, a model that had been used the year before in the British Formula Ford 1600 championship. Ayrton had tested the car extensively prior to the season. From the very first moments the Brazilian was busy improving his car.

While Ayrton had only trouble in the beginning to get the tuning done, during that first race in Kent he turned out to have done things well. Ayrton concluded the event as the best rookie and finished in fifth place. The four faster competitors all had at least one year of experience in the class.

On Sunday, March 8 he scored his first podium finish at Thruxton by crossing the line in third. Seven days later the championship returned to Brands Hatch.

With a Senna who had all his experiences stored on his brain’s hard disk, he arrived at Brands Hatch. After his first encounter with the circuit, Senna knew where he could pick up time. He was focused on not letting time slip away this time. In an incredible race, the Brazilian took the final victory over two heats.

Two South Americans were his direct opponents: Enrique Mansilla (later kidnapped in Libya when he was looking for diamonds) and Alfonso Toledano (died in 2016). Ayrton turned out to be nine seconds faster than the former. After this victory Ayrton scored eleven other victories over the course of the season and was on the podium at eleven different locations, setting the fastest lap of the race ten times.

In the Facebook Group of Heroes of Formula Ford 1600, Wayne Pearson had an interview with Rick Morris in 2013.

Q: How was Ayrton doing?
A: He was separate. He could really be a huge **** once in a while. Very egocentric too, but you could see that he had the will to win at an early stage. Later he switched to Formula Ford 2000 and we became good friends.

Q: Can you describe your favourite moment with Ayrton?
A: That was in 1981 at Silverstone where I grazed Ayrton in the last corner of the last lap. I won the race there with a new lap record. What a great corner that last chicane was at Silverstone in the eighties. Especially with a Formula Ford.

Q: In the career, could you deal with the South Americans who made the transition to Europe?
A: Most of them were good guys, especially outside the track. I sometimes have contact with Alfie (Toledano), Enrique (Mansilla) and Roberto (Moreno). At the time you were driving against each other every weekend and you were more or less part of each other outside the track. There was no politics during the races. The best one had to and would eventually win in a fair way.

Q: Who was the best driver you've ever driven against?
A: Probably Ayrton Senna, but I drove against some very good drivers. Derek Warwick for example.

Q: You rode against Ayrton Senna and eventually beat him several times, is that your biggest achievement?
A: Yes, one of my 'proudest racing moments'. I've always assumed that racing was fair and square. There was no cheating in those days to do yourself a favour. Also the fact that I started racing without money and still got respect from all people is an achievement I am still proud of.