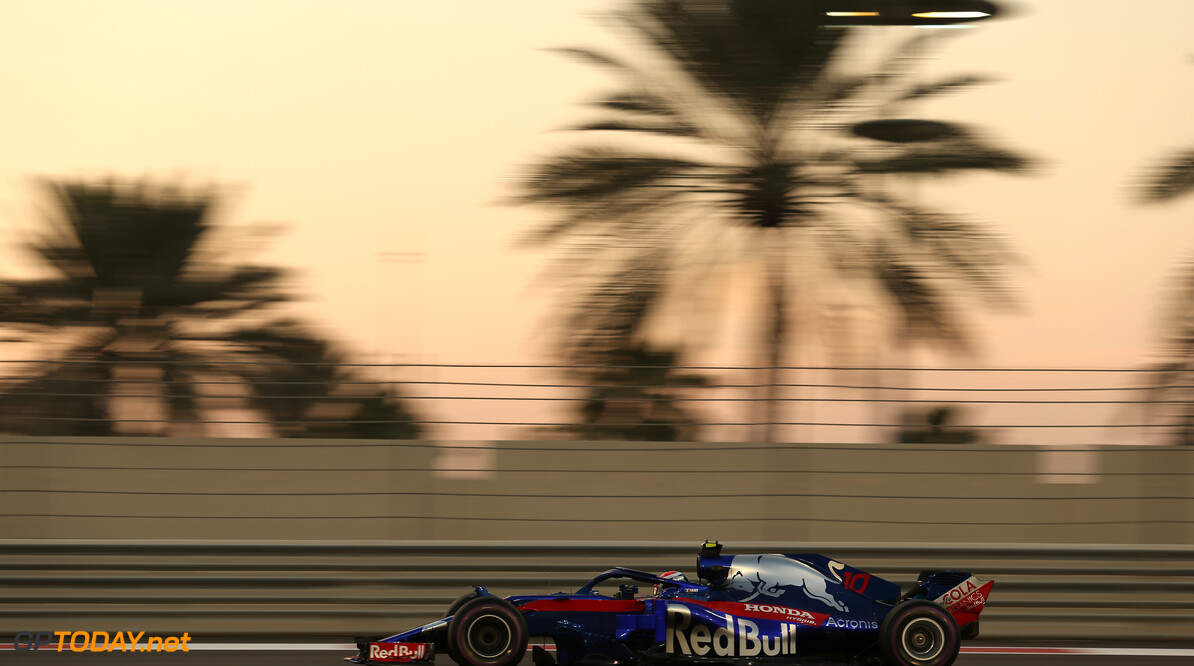 Pierre Gasly was left "disappointed" following qualifying for the Abu Dhabi Grand Prix, after a loss in power on the run-up to the line prevented him from making it into the second stage.

Gasly was on course to improve his lap time, but on the exit of the final corner, he suffered from a major loss of power which proved to be costly. The Frenchman then had to pull over and make his way back to the garage with the aid of the marshalls.

It was Gasly's last qualifying session ahead of his move to Red Bull next year, and he was beaten by teammate Brendon Hartley who also failed to make it through into Q2. Speaking after the session, the 22-year-old expressed his disappointment.

"This was not the last Qualifying for Toro Rosso I would have wanted," he said, "Out of the last corner I came back on the throttle and lost power on the exit, I'm disappointed because the lap was coming together well.

"The car felt great and I was sixth-tenths faster, but then for the last two to three hundred metres there was no power," Gasly continued. "We had the pace to be around P12, so maybe not Q3, but to fight just out of the top 10.

"It's an important race for me tomorrow because the team has done so much for me since I've arrived, they gave me my first opportunity, so I'll do my best to have a strong performance and finish the season well. It would be a nice way to thank everyone and, even if we're not going to start in the position we were expecting, I will give it my all."