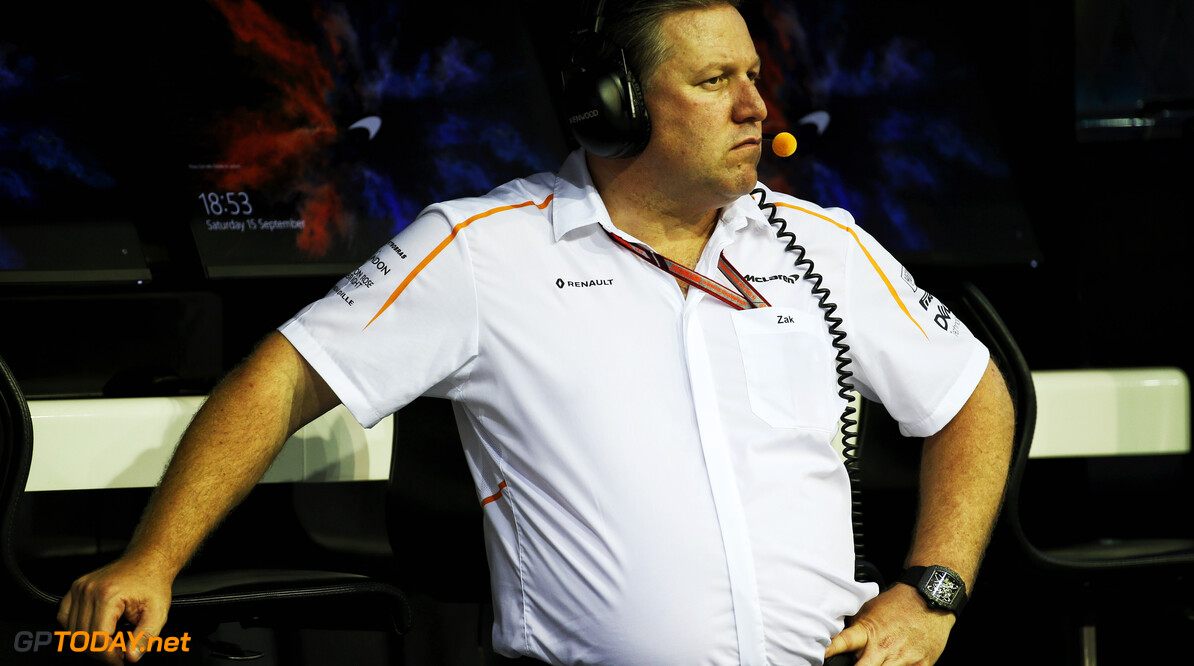 McLaren CEO Zak Brown says that the team's entry into the 2019 Indianapolis 500 won't distract it from regaining composure and returning to competitiveness in Formula 1 next season.

The Woking squad confirmed on Saturday evening that it would be entering the gruelling 500-mile race with Fernando Alonso next May. Alonso has been aiming to win the Triple Crown in recent years, and has already wrapped up the Monaco Grand Prix and 24 Hours of Le Mans.

The full details of McLaren's entry for next season have not been confirmed, and it is not yet known if it will enter on its own or in a partnership with another team, as it did in 2017 with Andretti Autosport. Either way, Brown says that it will "definitely not" distract it from F1.

“It’s a whole separate racing team that will be created. And you know we’re a large racing team with lots of resources. I’m extremely confident – or we would not have entered – that we can give maximum effort to our Formula 1 and this Indy 500 effort without one compromising the other.

"But there were a variety of criteria that we needed to meet for ourselves. One, not detracting from our Formula 1 operations in any way, shape or form; two, making sure we give Fernando – because we will be going as McLaren Racing – a car capable of winning.

"And then of course sponsorship and partners in the commercial side. So we always wanted to do it as we’ve been speaking about. But we needed to make sure we got everything in place and we’re happy with where we’re at,” the American added.

McLaren was rumoured to be considering a full-time IndyCar entry for months before it confirmed in October that it would not be doing so in 2019. However Brown admits that it is still a possibility for the team after next year.

“IndyCar as the series is attractive to McLaren Racing,” he said. "We have big ambitions. First and foremost to get back to winning world championships and winning Formula 1 races.

“But we think the IndyCar series the market in which it races in, how they go motor racing is of interest to McLaren. So it’s something that a longer-term point of view continues to be under review and I would certainly like to see us as a full-time entry in the future.”