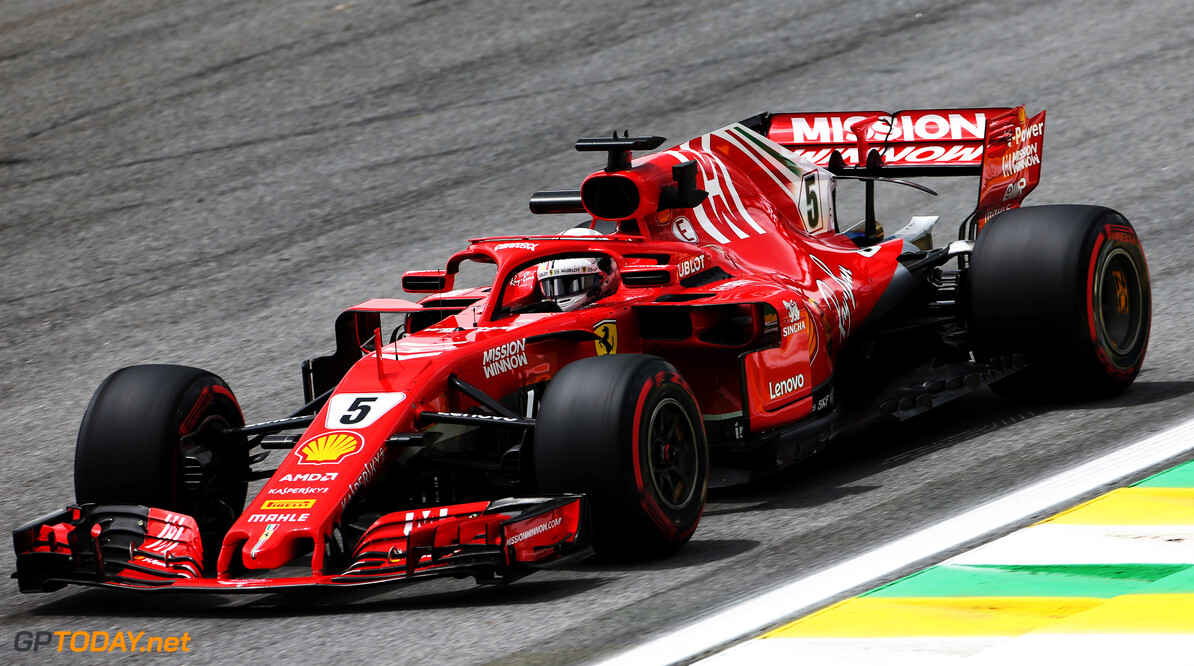 Vettel: Ferrari 'in the ballpark' at Interlagos

Ferrari's Sebastian Vettel believes that the Scuderia outfit is in the competitive ballpark at Interlagos. Vettel failed to top either of the Friday practice sessions, however ended both less than a tenth away from the pace-setters.

Vettel saw his championship hopes extinguished last time in Mexico, where rival Lewis Hamilton was crowned a five-time champion. Vettel has not won a race since Belgium, but looked to be competitive compared to the two Mercedes' and his teammate during the long run pace.

“The car has been OK but not good yet, so there is still some work to do,” Vettel said. “I think, especially come Sunday when it supposed to be hotter, it could be a tricky one for tyres. It was already tricky for us today. We are in the ballpark but we can still launch forward from where we are.”

Vettel had minor issues throughout the session, as a loose screw rattled around his feet. It prompted the cheeky radio message: "There's something loose between my legs, apart from the obvious. Something around my feet. I'd be proud if it was what you think it is, but it's not."

Speaking after the session, Vettel laughed: "I said what I had to said but I thought maybe it came out wrong, so I made the joke. I don’t know, I thought it was funny. But we found it in the end, it was a little screw."