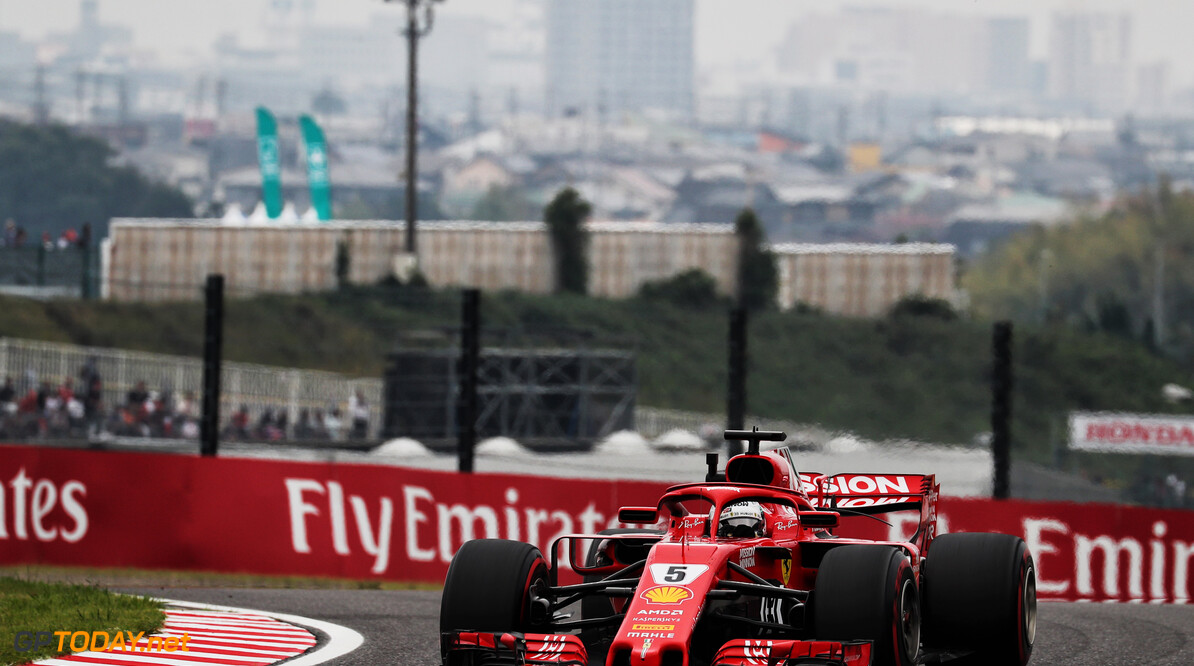 Sebastian Vettel says that the Ferrari was damaging its tyres more than any other team during Friday running at Suzuka. Both Vettel and teammate Kimi Raikkonen were suffering from blistering during their long runs on Friday afternoon.

Ferrari arrived in Japan with an aggressive tyre choice strategy. It chose 10 sets of supersofts and now has only one set of the softs and mediums to use for the remainder of the weekend. The team also seems to lack pace, with Vettel ending Friday practice over eight-tenths down on pace-setter Lewis Hamilton.

“Today I think we were probably both of us sliding a bit too much, and therefore damaging the tyres a bit more than others,” reflected Vettel. “But I think overall, it has been okay.

Will Sebastian Vettel win the Japanese Grand Prix? Get a 4,50 pay out with your bet.

“It has been a clean Friday. No interruptions, no issue with the car or anything, so I think we could focus on our work and now we try to obviously squeeze out everything that is left in the car for tomorrow.”

Vettel currently sits 50 points behind Hamilton in the driver's championship and needs to get on top of results soon if he is to see out a fifth championship. Despite believing there is some room for improvement after Friday, the German didn't make any predictions about beating Mercedes this weekend.

"I think we know what we were doing, I don’t think we tried something different to other Fridays. As I said, I think we know what the car can do. We need to focus on that and try to get everything out to put us in the best possible position. If we can grasp pole tomorrow, that is great. If not, we need to be there just right behind and then see what happens.”