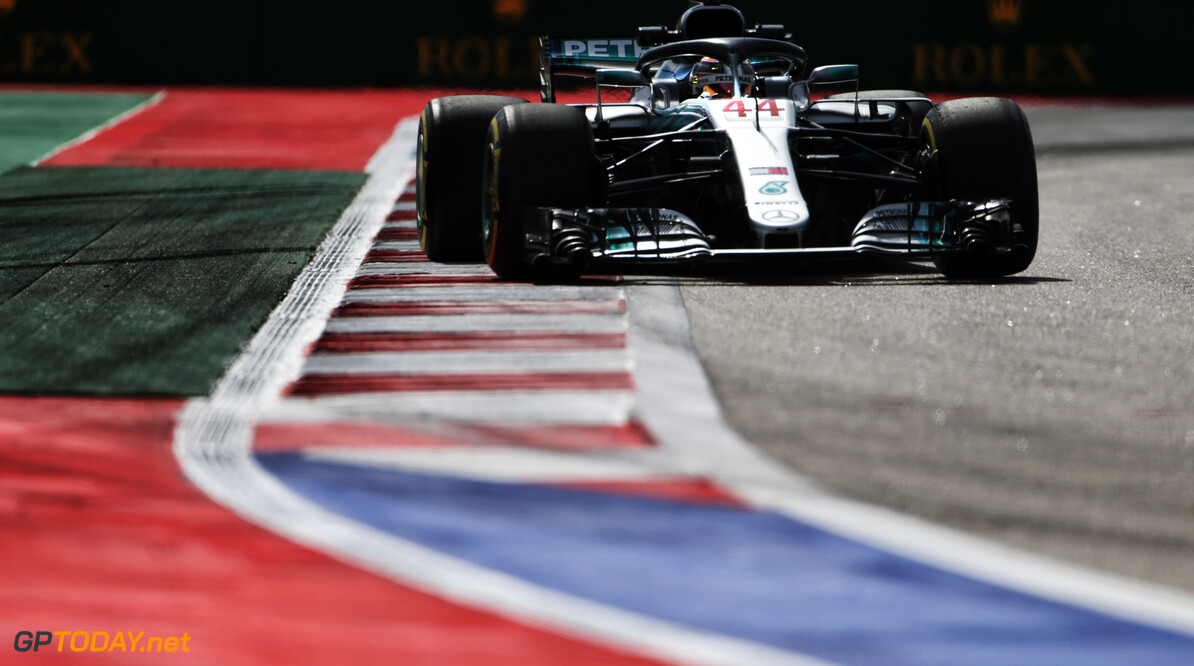 Lewis Hamilton is not expecting this weekend's Russian Grand Prix to be exciting for the fans watching. Following Friday practice around the Sochi Autodrom, Hamilton reported that he found it difficult to follow the cars ahead due to the dirty air being produced.

This led him to suggest that Sunday's race will not contain much action. Last season, the Russian event produced a lacklustre race, with just one overtake recorded following the opening lap. And Hamilton says that even running on a softer compound didn't help him get closer.

"As soon as you get within a few seconds of another car it’s pretty difficult to even get close,” he said. “Even with a tyre difference. I was trying to catch someone that was on soft tyres and I was on hypers. That’s the bad thing about this track, unfortunately. I don’t really know what they can to do make it better.”

Degradation on the Pirelli tyres was high during practice, especially on the hyper soft compound. The Italian marque's motorsport director Mario Isola says that teams will have to manage their pace on Sunday in order to keep their tyres in shape.

“As happened in the last races we know that teams will manage the pace,” he said. “And this is not good because we prefer to see a race where they are pushing, not where they will managing the pace. But with increased degradation this year we know the tendency this year is to manage degradation in order to avoid a second stop.”