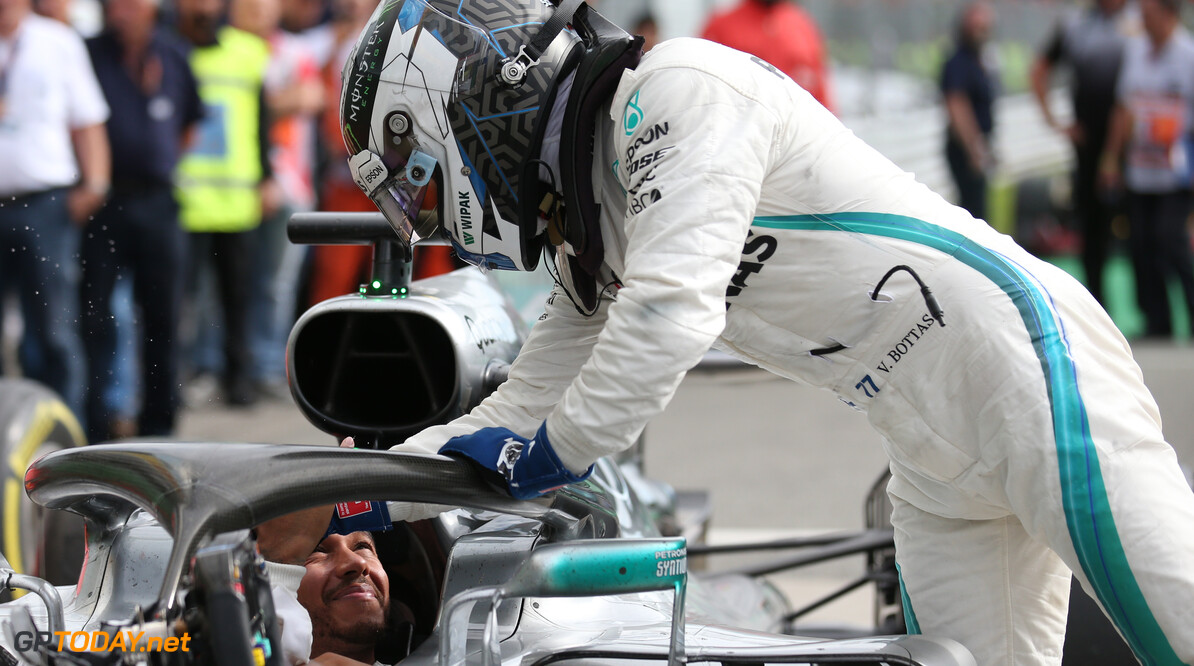 Valtteri Bottas doesn't believe that his race strategy was compromised in order to give Lewis Hamilton the chance to win the Italian Grand Prix. Bottas was kept out on degrading tyres while holding up Ferrari's Kimi Raikkonen, who was in the net lead of the race.

Raikkonen couldn't pass Bottas, who was in a fight with Max Verstappen for third place. Verstappen had already made a pit stop and was closing the gap, meaning when Bottas made his stop, he was further behind the Dutchman than before.

But Bottas doesn't believe that his strategy was ultimately set in place to allow Hamilton the chance of winning the race. He pointed out that he was able to attack Verstappen with much fresher tyres towards the end of the Grand Prix.

“When we went through everything, all the scenarios for the race, we saw that with me starting fourth and Lewis form third behind the Ferrari, we saw no point for us to try and opt for the optimal strategy and saw an opportunity for me to go long,” Bottas said.

“I think, in the end, it was good for me to have fresh tyres to attack in the end and also, at the same time, it benefited Lewis, helping the team. I wouldn’t call it sacrifice my race, because the pit window here is so big with the tyres we had this weekend.”

Mercedes said that it would analyse whether or not it would introduce team orders following the Italian Grand Prix. Bottas is now almost 100 points behind Hamilton in the driver's championship, following the Briton's victory at Monza.