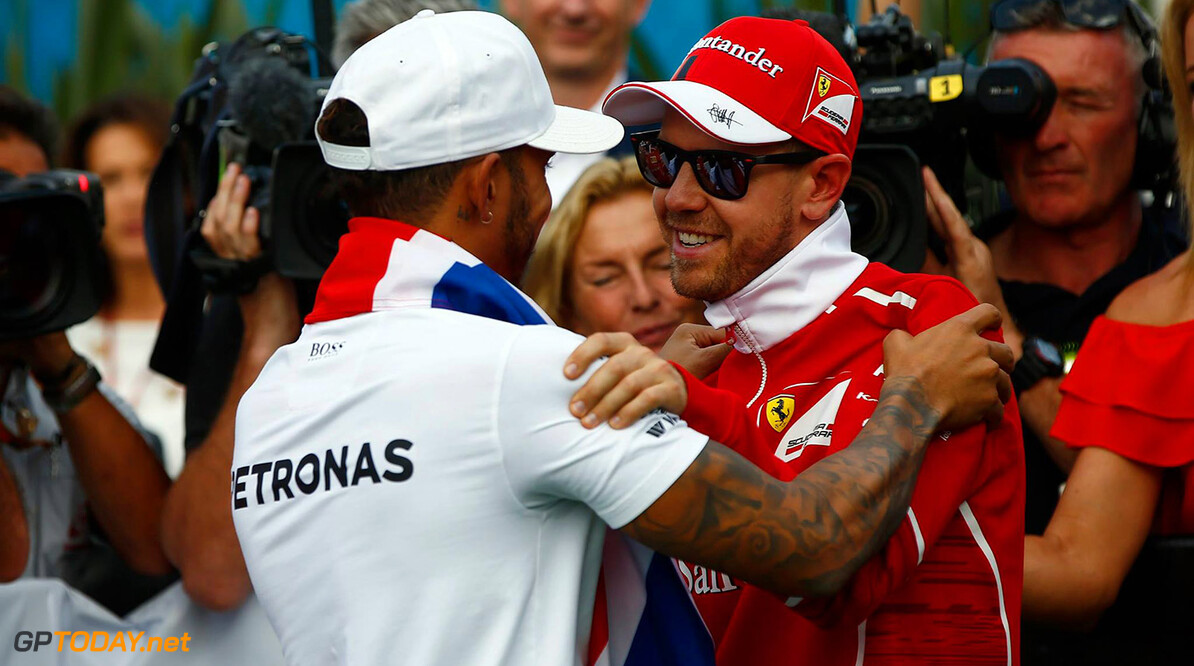 Hamilton expects Vettel to return "all guns blazing" in 2018

Lewis Hamilton believes that Formula 1 will see a much stronger Sebastian Vettel in 2018, having learned from his mistakes this season. Hamilton beat Vettel to the world championship in 2017, drawing himself level with the German on four titles.

However, Hamilton thinks that Vettel will learn from his mistakes of 2017, such as his deliberate car-to-car attack on Hamilton in Azerbaijan, and triggering a start line crash with teammate Kimi Raikkonen and Red Bull's Max Verstappen in Singapore.

Vettel topped the championship standings from the opening round right up until the Italian Grand Prix in September. However, he conceded the title in Mexico, with his race damaged by another opening lap collision - this time with Hamilton himself.

However, Hamilton thinks Vettel will be much stronger next season:  "I'm not going to tell you what I've learned but you can see it and I think you guys have learned about him," he said. "He shouldn't shy away from that. He will learn from the experiences, as we all do.

"I have had years like that. He has had years of complete solidity like [mine] this year as well. I imagine next year he's going to be coming back guns blazing, but I don't feel there's anything I can't achieve if I put the work in."