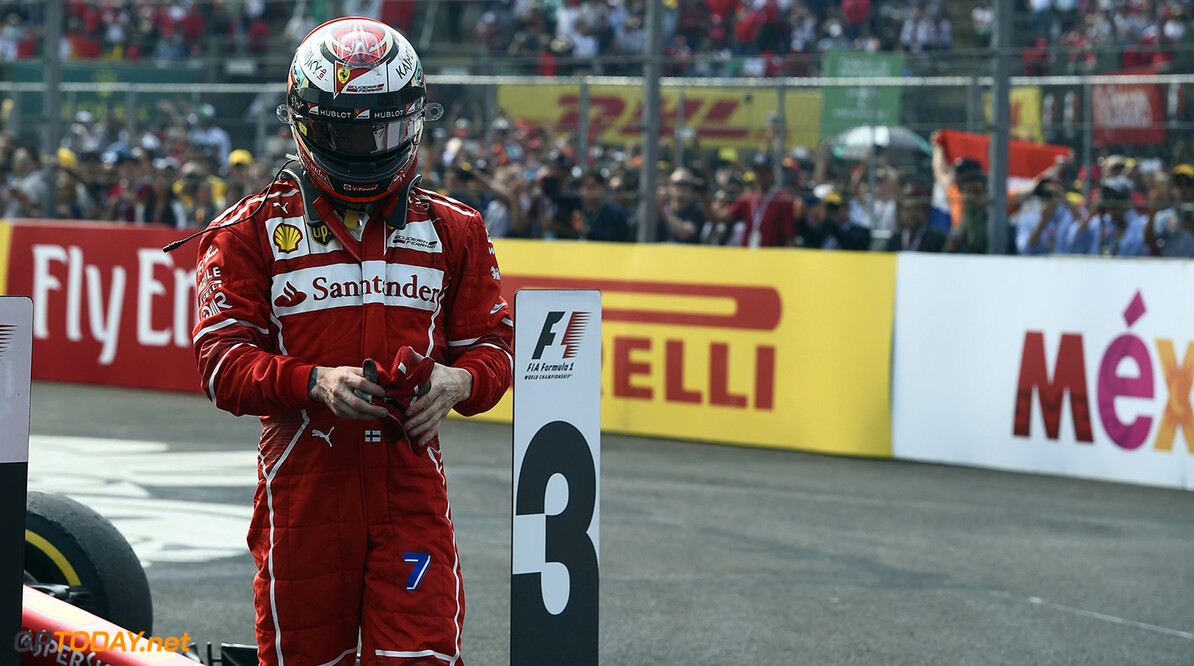 Raikkonen: "I wasn't too worried about Hamilton"

Raikkonen had a fairly quiet race running in third place up until the final laps of the Grand Prix, unable to make an impression on the Mercedes of Valtteri Bottas ahead but not under threat from the Red Bull of Max Verstappen behind. It was not until the final laps of the Grand Prix that the Ferrari seemed to be under pressure from the recovering Hamilton but the finn held him off to take his third successive podium, something he had not managed since 2013.

Hamilton who had fought through the field after making an early pit stop under safety car conditions looked to have the pace to pass Raikkonen but ran out of tyre life before being able to pass the Ferrari, owing to a lock up going into turn 1 just as he had reached DRS range of the Ferrari. Before the lock up it looked like Hamilton had a very real of perhaps even taking the win away from Sebastian Vettel who was only a matter of seconds up the road.

Raikkonen however was as cool as ever, saying this on his race: "I had a little bit tricky balance in the first set of tyres but it improved over the first run and the second set the car handled very well, I could catch up with the guys [Vettel and Bottas] but it's impossible to get past here if you have this close a speed between cars. Lewis got close to me, I got close to Sebastian and Valtteri but I wasn't too worried. I had a good run out of the last corner."