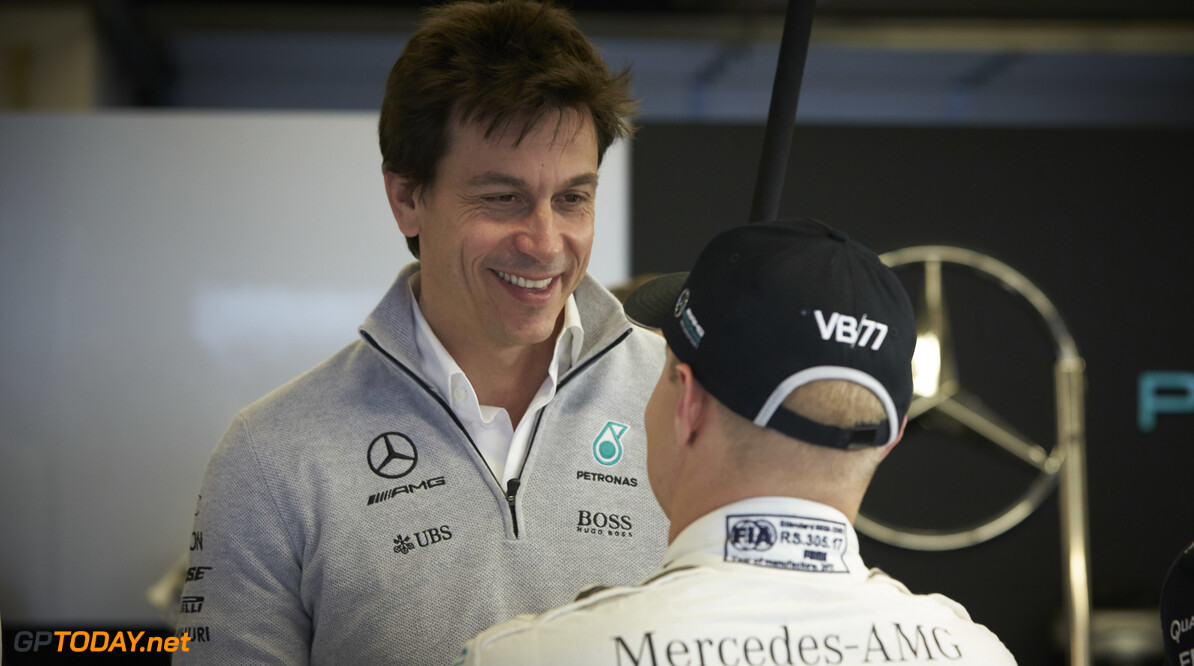 Wolff claims Bottas is "on the right trajectory"

Mercedes boss Toto Wolff has praised Valtteri Bottas after the Finn claimed his third career pole position in Brazil. Bottas beat both Ferrari's to the spot after teammate Lewis Hamilton made an uncharacteristic mistake in Q1 and crashed out.

It will be Botas' job to keep the Ferrari's behind once again at the Interlagos Circuit, and Wolff has praised the 28-year-old after a difficult period. It is his first pole since Austria earlier this year, and the first time he has out-qualified Hamilton since the return after the summer break.

"He was on an upward slope in the last races but this weekend was very good, every session he was competitive," Wolff said. "For me it’s a positive indication that he’s understanding the car better and is on the right trajectory.

"I think it’s those little steps he’s made to understand why the tire doesn’t perform or why he’s not having the tire in the right window. The car is very sensitive and the tyre is very sensitive and you can see that with other teams as well, little steps can throw you off the grip curve. He’s putting the dots together and this has eventually led to better performance."

Speaking about his pole position, Bottas himself said that he was very happy to deliver for the team: "It was so close in qualifying, as it always tends to be in Brazil. I knew going into the last run in Q3 that I had to improve if I wanted to be on pole.

"I could feel and see that I was improving corner after corner. It's such a good feeling to get everything together in the end. It was very unfortunate that Lewis wasn't there for Q2 and Q3. So it was up to me to deliver for the team, and I'm very happy that I could."