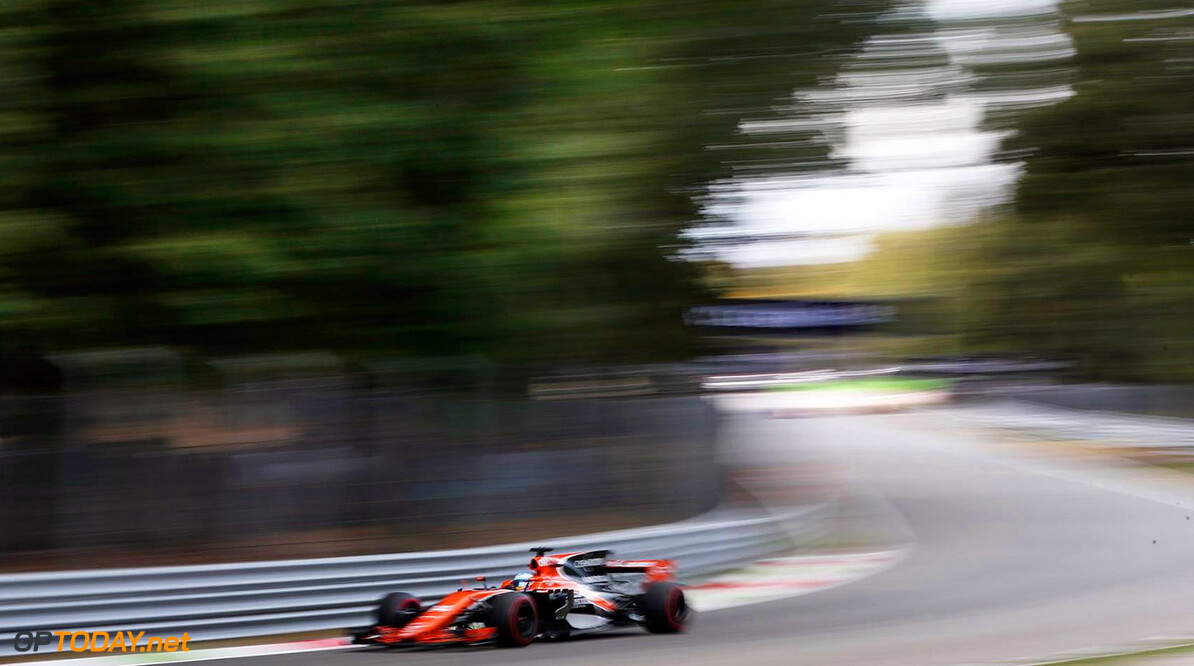 Following drainage problems during qualifying for the Italian Grand Prix, McLaren's Fernando Alonso believes that the new asphalt on Monza's start/finish straight is inadequate and is not up to standards.

The straight was recently resurfaced and as a result was very smooth, meaning that aquaplaning was a regular occurrence in the session: “I think the main straight was just too wet,” said Alonso.  “The new asphalt was not F1 standards, let’s say. We can’t have that difference between one asphalt and the other.”

Alonso also said that Formula 1 needs to find a way to improve entertainment for the fans, with Saturday's qualifying session being delayed by over two hours: “It’s a shame,” he said. “It’s happened a couple of times already and it’s bad for the spectators, it’s bad for television and hopefully the FOM or the FIA will be creative and find a new way to deal with this kind of situation.

“It’s the usual problem. It’s not the first time it happens. From the outside, the spectator wants to see the cars running, and the people on track want to see the cars running, so they need to find a solution," he added. “The track was fine, it was in a condition to run, only the straight was too wet. It’s another strange episode and let’s see if the FIA or FOM can find a solution to offer a bit of a show while the track conditions improve.”