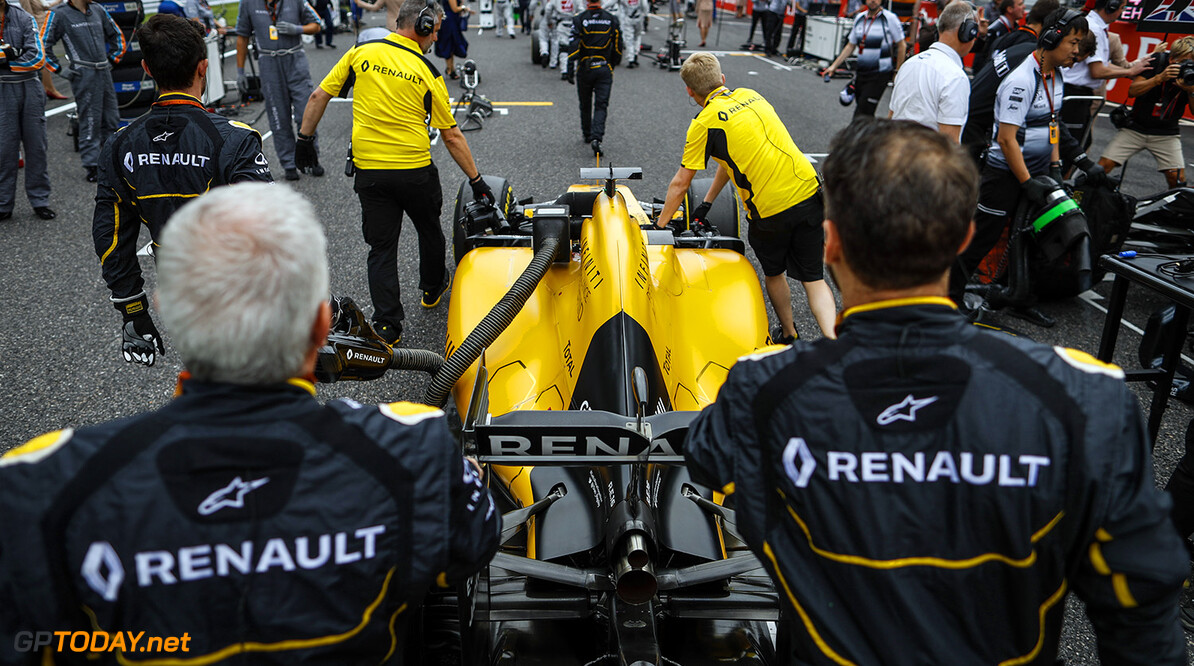 Remi Taffin: "I don't think we will close the gap this winter"

Renault engine chief Remi Taffin has played down expectations that Renault could close the gap to Mercedes next season.

The French manufacturer is said to be working on a radical all-new engine for 2017 but Taffin has dismissed thoughts that the new power unit could be a class leader.

"I don't think we will close the gap this winter, though I I don't know, but the target is to be very close by the end of next year because the target was to be in a position in '18 to fight somehow with these guys," Taffin told Autosport.

"We know more or less where they are and we can see we can get there. It's fair to say that '18 should be the year where we should level everything."

Taffin also thinks that the engine playing field will be levelled in the coming years as manufacturers become more accustomed to stable regulations,

"It’s now a matter of time [until performance converges] because next year is going to be the year in which we see the, not the last step of progress, but the last step that we can actually really see," he said. "We're not going to bring half a second every single winter and through a season. At some point, performance will be converging because of the nature of the regulations."