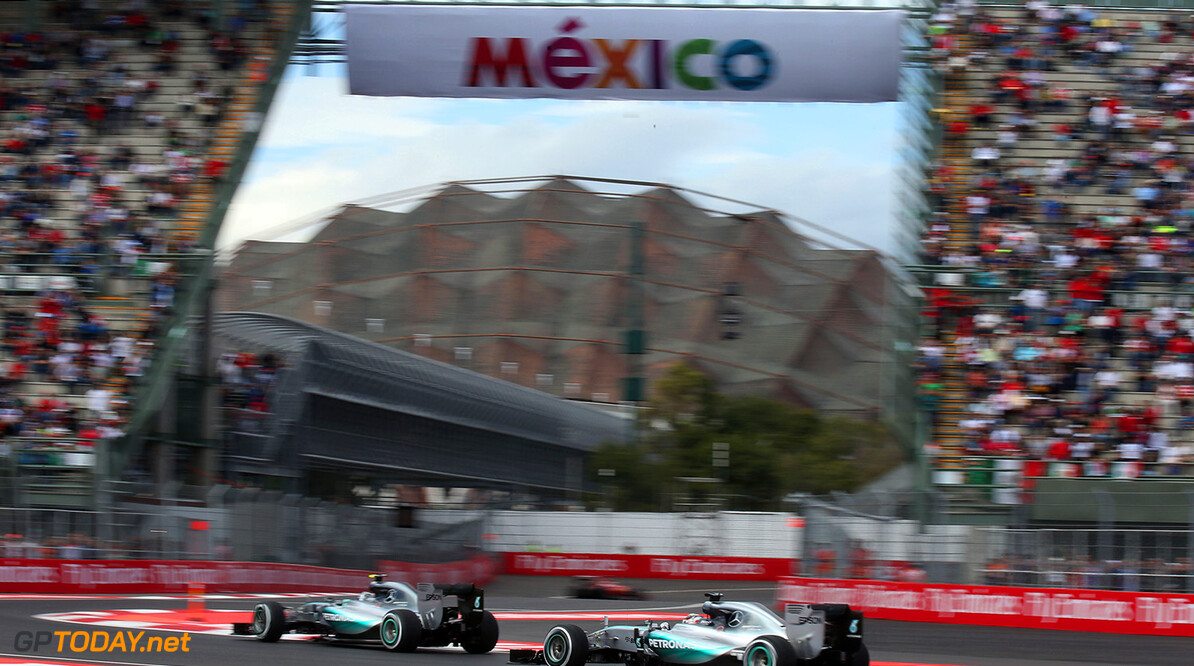 Thin air to cause problems in Mexico

Mercedes technical chief Paddy Lowe has revealed that aerodynamics will cause the biggest problems for the team this weekend in Mexico.

With the high altitude of the Autódromo Hermanos Rodríguez, it is though that engines will suffer. Although they are able to produce the same amount of power, the thinner air means that the turbo must spin faster.

Lowe, however, has said that the thin air will cause problems in other areas - notably with aerodynamics, making the cars produce less downforce which will cause the tyres to wear more.

"From a technical point of view, the key feature of this race is the high altitude at which Mexico City is situated - giving it an atmospheric pressure of less than 80% of normal levels," Lowe told ESPN. "This brings with it a reduction of aerodynamic forces, both downforce and drag, while the turbocharged Hybrid Power Unit is still able to deliver its normal level of power.

"The knock-on effect is that this circuit is tough on tyres, as grip levels are very low, and tough on brakes thanks to high speeds combined with low levels of cooling and drag. So, there are a lot of things to manage through the weekend simply to keep both cars healthy," he added. "At the same time, it's tricky for the drivers, as they are essentially running downforce levels equivalent to Monza at a circuit with significantly more twists and turns. That creates some headaches for them behind the wheel but also the potential for some great racing."