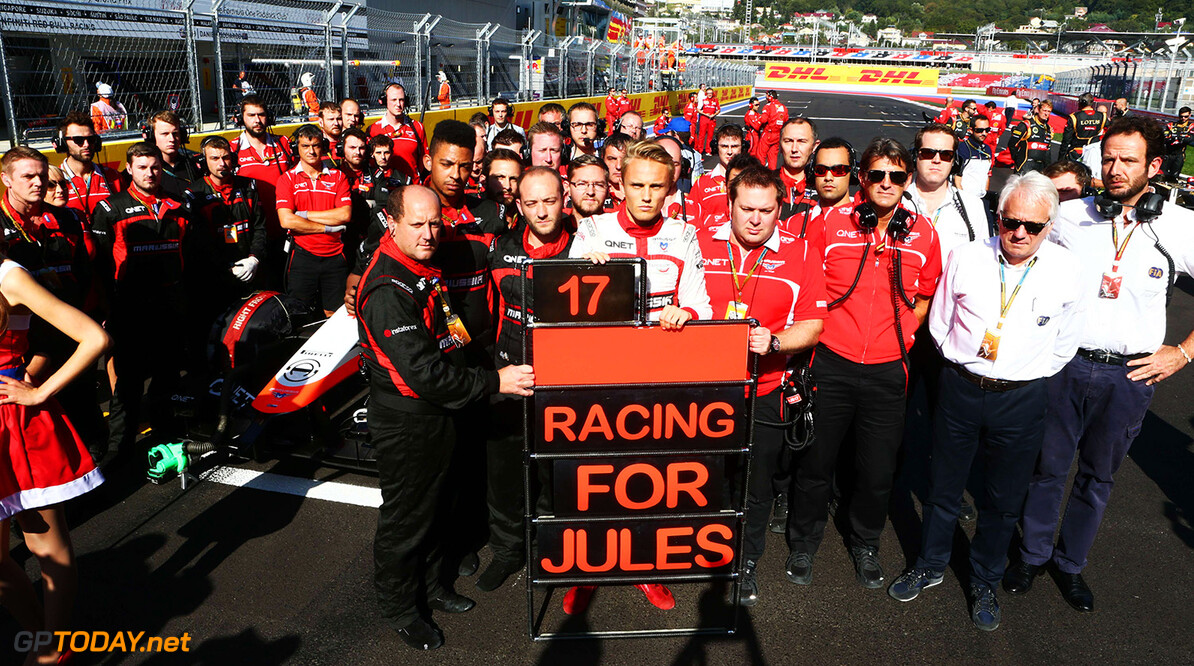 Drivers 'afraid' to speak out over Bianchi death

F1 drivers are afraid to speak publicly about mistakes made by the sport's authorities that led to the crash and subsequent death of Jules Bianchi. That is the claim of Bianchi's father Philippe, as he justified the family's decision to take legal action against Bernie Ecclestone and FIA.

A London firm representing the Bianchis says the suit will be about F1 accepting "that errors were made in the planning, timing, organisation and conduct of the race which took place in dangerous conditions during the typhoon season in Japan" late in 2014. But Philippe claims this view, although publicly a lone one, is not backed by Bianchi's fellow drivers only because they are "afraid" to speak out.

"One driver with me, with a camera will say nothing because I think all of the people are afraid to say something," he is quoted by the London newspaper The Times. "With no camera, all the people come to see me and say 'It is not correct. Jules made (no mistake). They made a mistake'," Mr Bianchi added. (GMM)