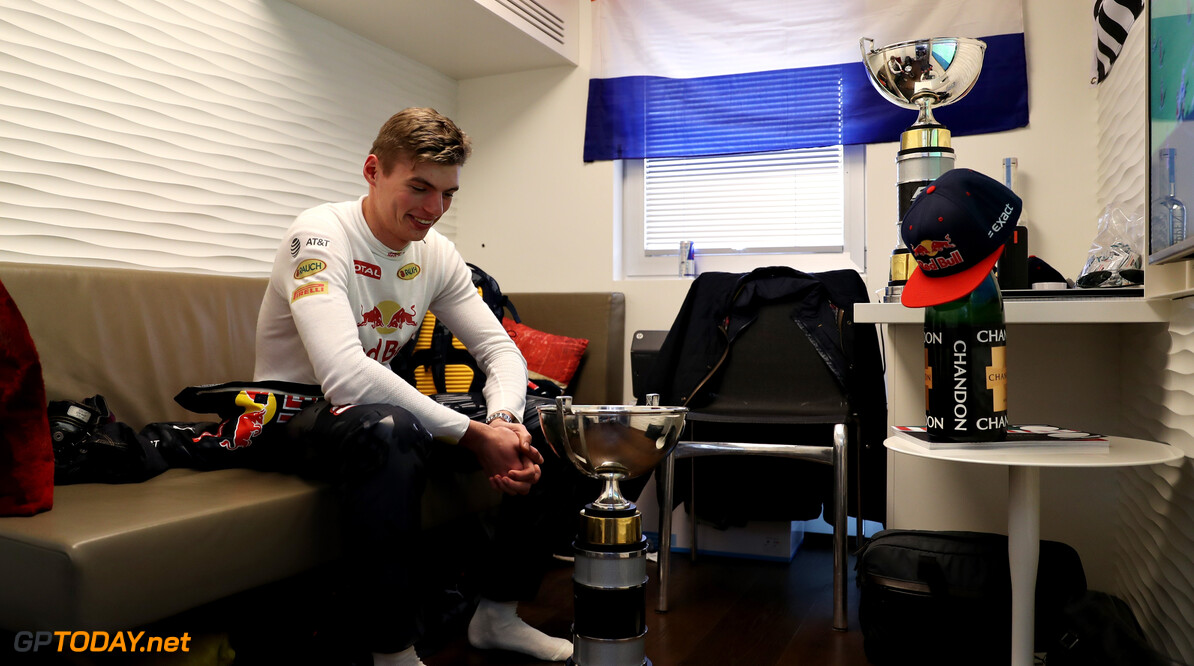 Max Verstappen is sure becoming F1's youngest ever winner will not go to his head. Hot on the heels of entering the category as the world's first 17-year-old grand prix driver last year, the Dutch sensation broke through for victory in Barcelona -- mere days after being promoted to Red Bull's top F1 team.

Verstappen has admitted he has spent the week since then trying to take it all in, including watching the replay of the race commentated in his native Dutch. "The commentator was crying," he exclaimed to Algemeen Dagblad newspaper. "I still get goose bumps when I see it," Verstappen added. He said he is not the type to get "emotional very easily", but admitted he was holding back tears on the podium. "I did it," he smiled.

Verstappen also admitted it has been impossible to ignore all the hype triggered by his Spanish grand prix triumph. "Today it's all a bit crazy," he said, "but it's very important not to lose touch of the ground. My father and my manager help me with that."

Verstappen is now moving on to the Monaco grand prix, where last year he shone for Toro Rosso until a huge rear-end smash sent him into the barriers. "That won't happen again," he insists. "I've learned my lesson."

Instead, he is targeting his next podium, acknowledging that although Red Bull is expecting to shine on the Principality's streets, "I was a bit lucky" in Spain. "I feel really at home around Monaco," Verstappen is quoted by the Daily Star. "I love street circuits. Sure, it is difficult to overtake here as I found out last year when I tried and hit the wall. But that won't put me off trying my best for another win or at least a place on the podium." (GMM)