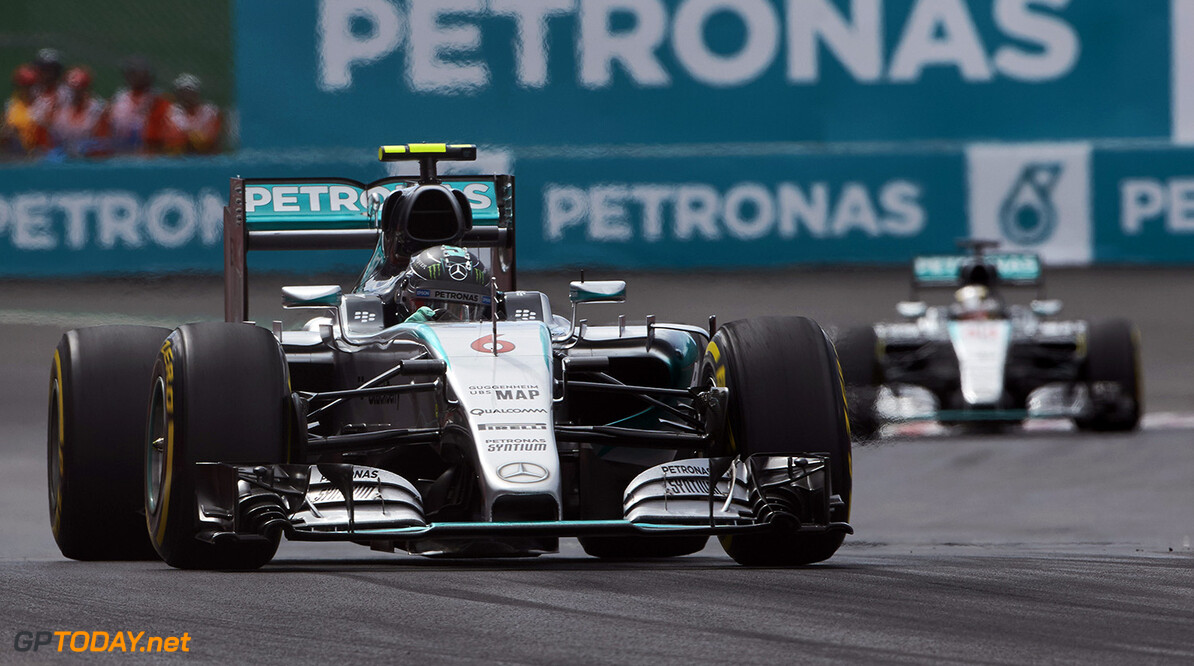 Even though Toto Wolff has warned them to stop bickering, Nico Rosberg has hit back at teammate Lewis Hamilton's latest verbal jibe. Wolff has said no less than twice since the end of the duo's often bitter 2015 battle that Mercedes will have to re-think the lineup if the feuding does not stop.

Hamilton's latest taunt is that he thinks Rosberg so often complains because of his sheltered and opulent childhood in Monaco, in contrast to a more modest upbringing for the Briton. "That seems to have become his favourite argument," Rosberg hit back this week in the pages of the German magazine Sport Bild. "He mentions my background every few months," he added. "The best response I can give is on the track. And I have shown I have a huge hunger to win."

Indeed, Rosberg finished the season with a trio of wins from pole, with Hamilton returning fire as the season ended by insisting he has no plans to send his former childhood friend even a Christmas card. Hamilton backtracked slightly on the British television programme This Morning by saying: "I'm happy to say Merry Christmas to Nico and to all your family. God bless you guys. I look forward to racing you next year."

Hamilton also told ITV his relationship with Rosberg has "definitely not" hit rock bottom, insisting most of the tension is because "There's only room for one number 1 in the team". And former Manor team boss Graeme Lowdon thinks Wolff's recent comments were little more than "a gentle reminder" to the Mercedes-clad pair. "It's Toto's job to remind everyone what their job is and l don't think there is any menace there," he told Sky.

Rosberg, meanwhile, said he is ready to do battle again in 2016, having "already digested" his defeat of this year. "I wanted to be world champion and I only finished second but fortunately the sport moves very quickly," he said. (GMM)