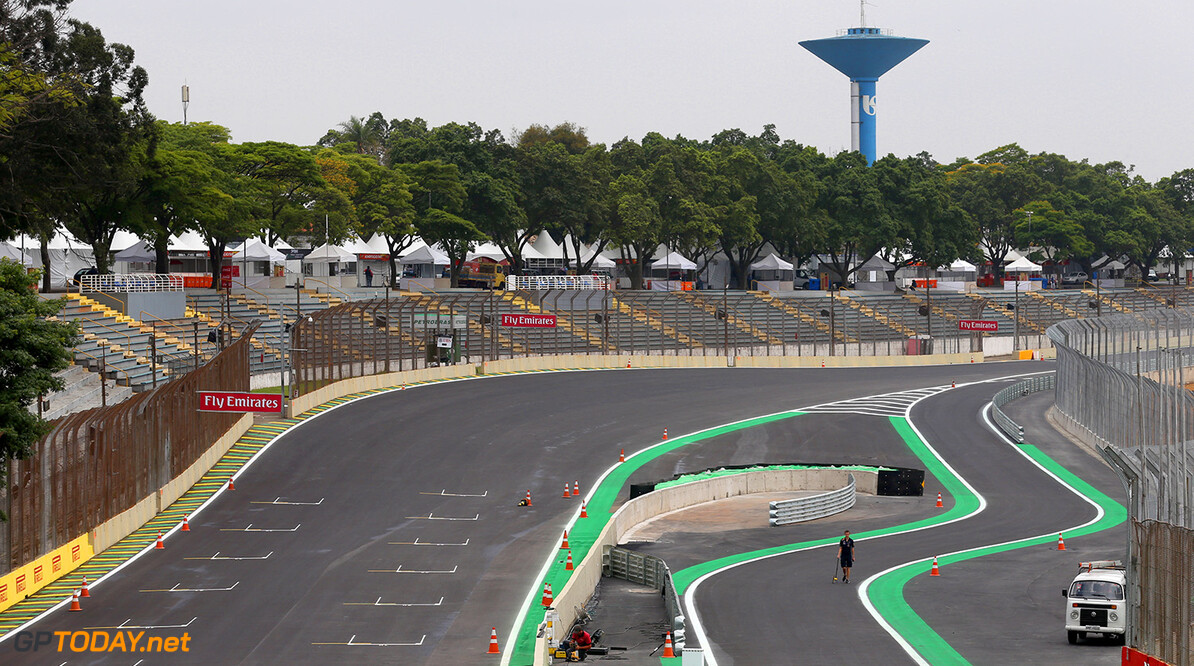 Teams will be happy with improved Interlagos - Ecclestone

F1 team equipment is beginning to arrive at an upgraded Interlagos circuit ahead of next weekend's penultimate round of the 2015 season. Bernie Ecclestone joined Sao Paulo mayor Fernando Haddad at the circuit on Wednesday to inspect the brand new team office building and slightly expanded paddock area.

"It was the worst circuit for the teams to work at," the F1 supremo was quoted by O Estado de S.Paulo newspaper, "so the teams will be happy. In the past I was upset that the teams did not have a good place to work but it has improved this year," he added. "I don't want to say I was surprised, because the work was planned to happen over a year ago and was delayed," said the F1 supremo.

The next phase of the work, scheduled to be completed ahead of the 2016 race, is the construction of a brand new pit and paddock complex, giving teams triple the space enjoyed at present. "The original plan was to build the new pits next to the back straight," Haddad said, "but it was better evaluated and it is fine where it is."

Ecclestone, meanwhile, said he is happy Haddad reacted to his complaints in order to safeguard Brazil's traditional and long-standing place on the calendar. "We have been here (in Brazil) for more than 40 years, never missing a year," Ecclestone said. "I hope it continues like that."

It is reported that Ecclestone and his wife, Brazilian citizen Fabiana Flosi, own a gourmet coffee farm in Sao Paulo state. "I do feel a little Brazilian," the 85-year-old Briton smiled. (GMM)