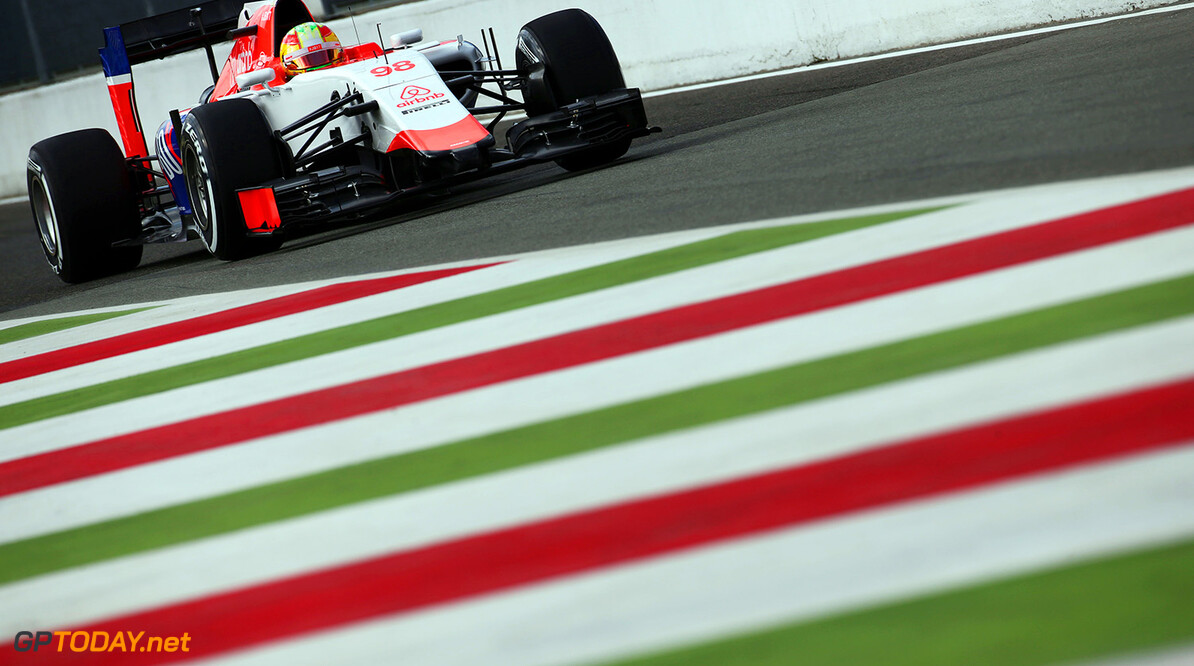 With Manor switching to Mercedes power for 2016, a cheeky Alonso recently ridiculed at notion that the F1 minnow might actually beat McLaren-Honda next year.

"With total respect for Manor," the Spaniard said, "I think they can put in an aeroplane engine and they will not be much further (up)."

Manor hit back on Twitter, scoffing that the team and Alonso can "discuss it when we're garage neighbours next year".

But declining to join any criticism of Alonso's comments is Merhi, the Spanish rookie whose season has been interrupted by Manor's mid-year signing of Alexander Rossi.

"Well, I didn't know that Fernando said that," Merhi told Spain's El Confidencial in an interview.

"Yes, it is true that we have some aerodynamic issues and also not much mechanical grip. We lack grip. It is very difficult to drive our car."

Merhi, 24, admitted that it has even been difficult to maintain his motivation at times in 2015, when blue flags are waving throughout every race.

"It is a shame we cannot fight with the others. I have had to try my best to be in front of my teammate, but so far I have not had a car like (Will) Stevens has had."

Merhi will sit out Austin, Mexico and Brazil, but will return to the cockpit in Abu Dhabi while Californian Rossi rounds out his season in GP2.