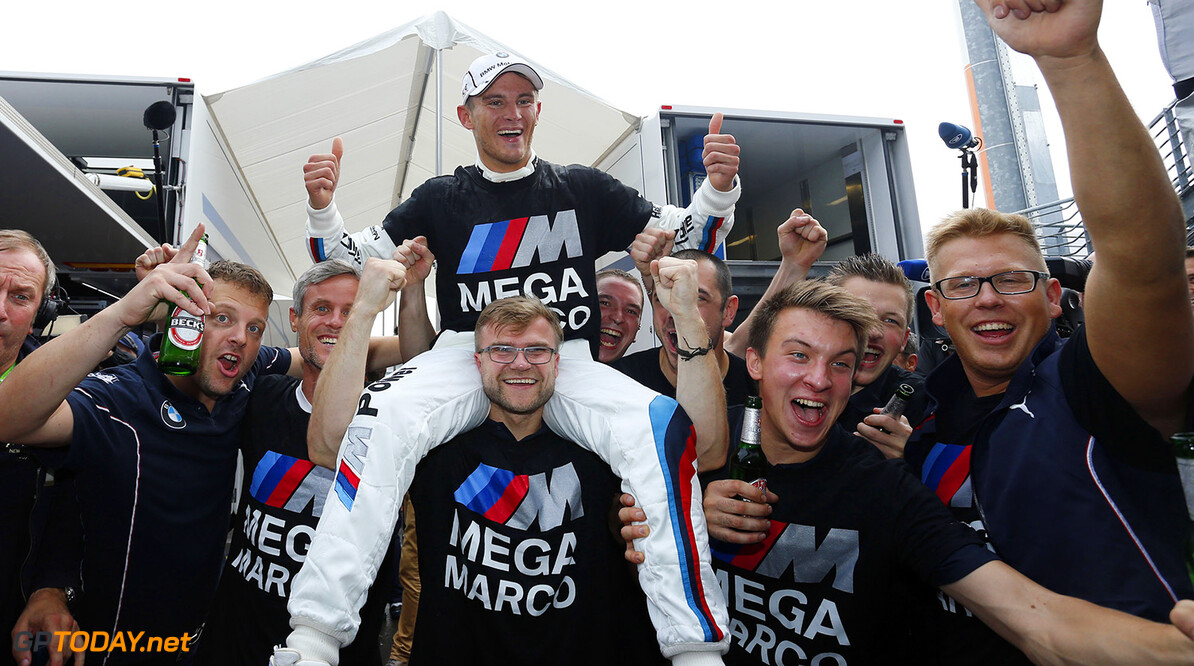 F1 'not a topic' for DTM champion Marco Wittmann

Marco Wittmann may be the newly-crowned DTM champion, but he is not dreaming about a future in formula one. Although Paul di Resta set a precedent for launching a F1 career off the back of dominance in the premier German touring car series, 24-year-old Wittmann is happy for now in DTM.

Last weekend at the Lausitzring, driving for BMW, the German sealed the 2014 drivers' title with two rounds to spare. But as for success breeding thoughts of moving into motor racing's premier category F1, Wittmann insists that "At the moment it is absolutely not a topic for me". "I feel extremely comfortable with BMW in the DTM," he told Speed Week.

Wittmann explained that the major turn-off about formula one at present is the increasingly dominant 'pay driver' situation. "When you see young drivers placing suitcases of money at the door, that is not the point of the sport from a driver's perspective," he admitted.

Another DTM driver with the same attitude is Timo Glock, who lost his Marussia seat at the end of 2012 and - like Wittmann - now drives a BMW in the DTM. He said: "You can only really think about F1 if you have a suitcase full of money."

"So you can only get chosen by one of the top teams, or find someone who pays for you for a year. But then you have no guarantee that you are going to go beyond that," said Glock, 32, who also drove in F1 for the now-departed Toyota. "The bad thing is that it costs you 5 to 10 million (euros), but that only gets you one year. Then someone with a thicker wallet could come along."

Glock said that situation in F1 means that many talented youngsters like Wittmann are now asking themselves the question: "If I have a contract, am I going to sacrifice everything for a year in which I need to pay a sackful of money? If I was his (Wittmann's) manager, I would advise him to stay with BMW," added Glock. (GMM)
F1 News Marco Wittmann Marussia
<< Previous article Next article >>
.