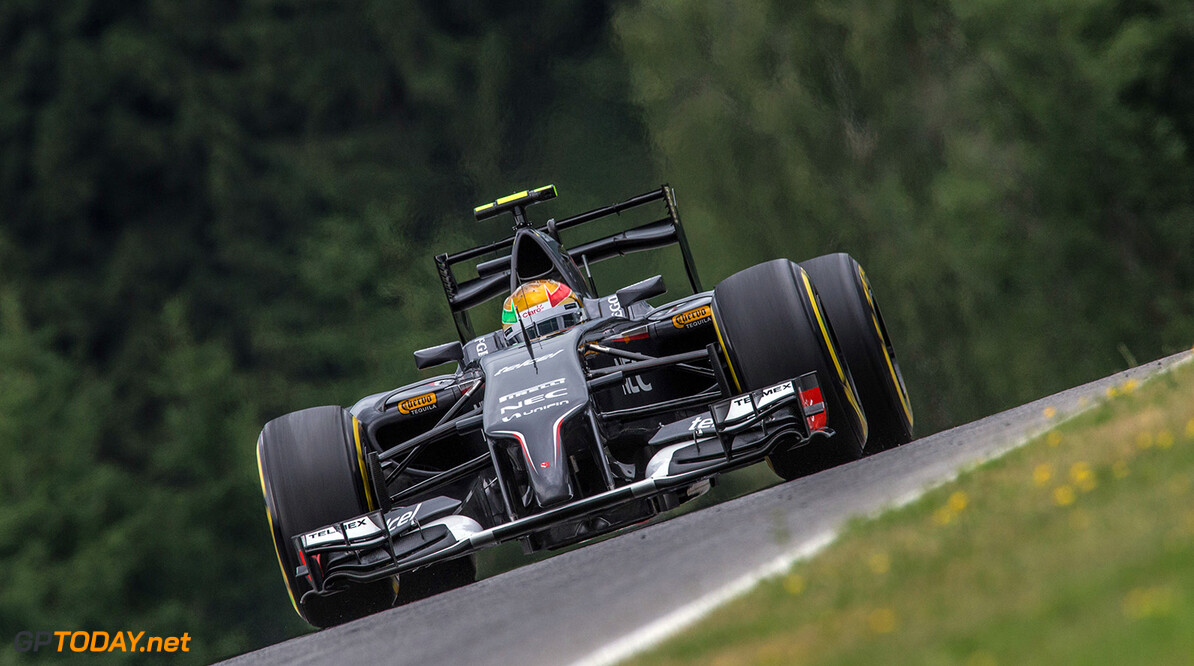 After a two week summer break, Formula One and, therefore, the Sauber F1 Team returns to the race track in Spa-Francorchamps. The Sauber F1 Team drivers, Adrian Sutil and Esteban Gutiérrez, are looking forward to the Belgian Grand Prix, taking place from the 22nd to 24th August. Test and reserve driver Giedo van der Garde will again be behind the wheel in FP1 on Friday. Esteban Gutiérrez will take over in FP2.

Esteban Gutiérrez (car number 21): "I am really looking forward to driving at Spa-Francorchamps. The event is purely about racing, and the fans are really into our sport and passionate about it. I remember that the fans arrive very early at the track in order to be as close as possible to the drivers. In comparison to other circuits, the track is quite long with some interesting corners and long straights. It is one of those tracks which is like an adventure, it goes up and downhill. One of my favourite corners is Pouhon which is very nice. As the straights are quite long, engine power is crucial, which could be a challenge for us. The weather also plays a huge role at Spa-Francorchamps, as the mixed conditions can add excitement to the race weekend."

Adrian Sutil (car number 99): "As Spa-Francorchamps is my favourite track, I am really looking forward to the race weekend. The atmosphere is great as there are always many fans. With the new cars we will have more top speed and less grip, so it will be interesting to see how it will be to drive under these conditions. In Spa I expect a highlight to the season regarding this year's championship. I have always achieved good results on this track and have some nice racing memories. Regarding the set-up, there are two variations: Either you are fast in sector two and relatively slow on the straights or vice versa. Both set-ups can result in the same lap time. I would rather tend to go more for top speed. Eau Rouge is one of my favourite corners, and this year it will be difficult to go flat out due to less downforce. Generally, there are several high speed corners I like in Spa. The double-lefthander (Pouhon), for example, is one of them. Every corner is nice to drive as they all have a nice 'flow' to them."

Giedo van der Garde (car number 36): "For me, Spa-Francorchamps is one of the nicest tracks in the world. As it is close to the Netherlands, it is my home circuit. I like the track a lot because it is a quick one with many medium to high speed corners. It is not easy to set-up the car there; you need to have a stable car, especially for the high speed corners. It is a technical circuit because some sectors have several consecutive corners. With this year's new Formula One cars I believe we will have more top speed on the straights, but less downforce in comparison to 2013. I think Eau Rouge and Blanchimont will still be flat out. My favorite corners are turns 5,6 and 7 after the Kemmel straight. The right-left-right combination is quite technical; you can use different lines there. Another important aspect in Spa is the weather. You never know what is going to happen, one part of the track can be wet and the other one can be dry. Last year in Q1 it was raining, and I ended up in P3, which was quite entertaining. This is what makes Spa so special."

Giampaolo Dall'Ara, Head of Track Engineering: "Back from the break we are heading to a couple of classic events, beginning with the Belgian GP at Spa-Francorchamps. The amount of downforce to give away in exchange for speed is going to challenge the engineers again. On the set-up side of things, they will have to make sure to provide the drivers with a stable and reactive car through several high speed corners on the circuit. The variations in gradient at places are such that specific settings are needed to keep the car clear of the ground. New for this year, such a long lap distance is going to impact the energy management of the hybrid power unit. The weather is frequently rainy, and generally cool. We, therefore, appreciate the decision of Pirelli to not be extra-conservative by choosing the medium and soft compounds. Last, but not least, the circuit is one of those where brave driving can still shave a few tenths off the lap times."
F1 News Pirelli Sauber
<< Previous article Next article >>
.