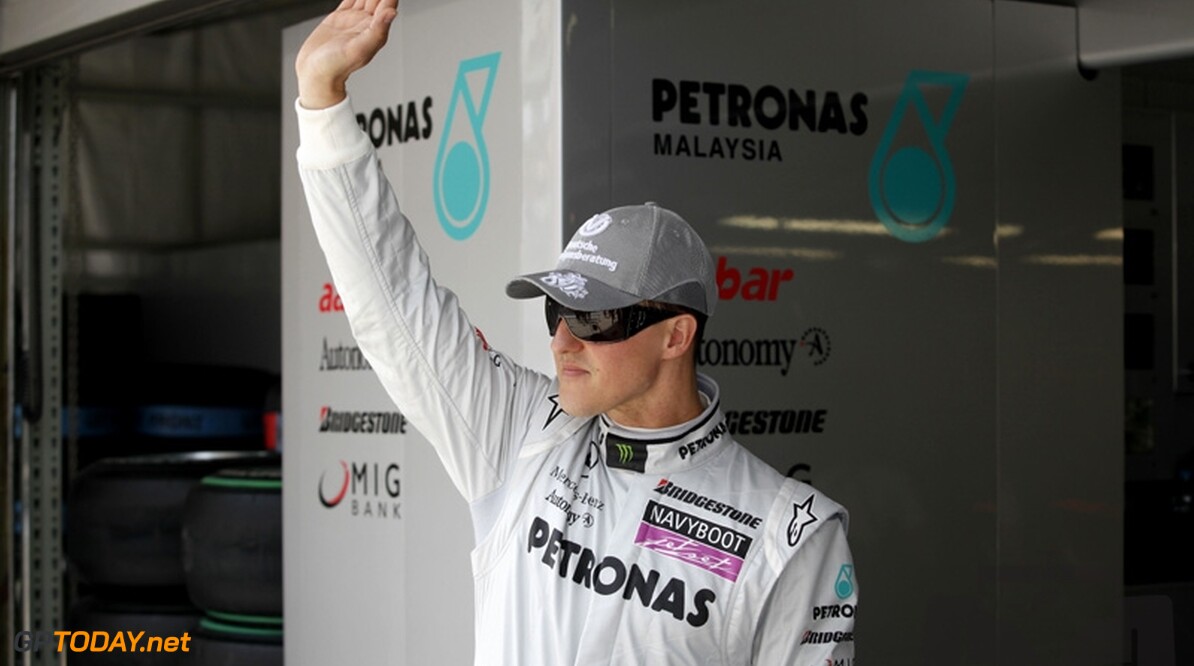 Michael Schumacher's wife is selling the private jet the seven time world champion used to fly around the world. The grey Falcon 2000EX, bearing the former Ferrari and Mercedes driver's 'MS' logo on the tail and the personalised registration 'M-IKEL', clocked up thousands of air miles not only during his F1 career but also afterwards.