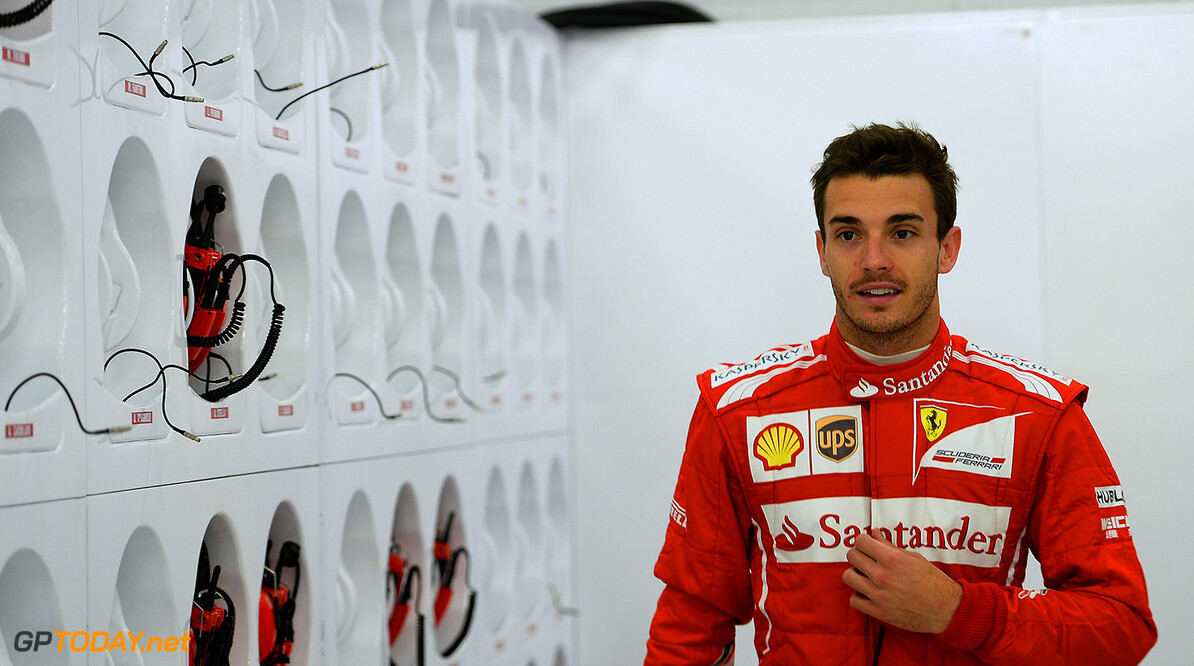 Ferrari seat 'not the plan for next year' - Bianchi

Jules Bianchi staked a claim on a Ferrari race seat on Wednesday, setting the pace at the post-British grand prix Silverstone test. Drafted in by Ferrari to replace Kimi Raikkonen after the Finn's high-speed crash last Sunday, Frenchman and Marussia driver Bianchi looked as impressive as Fernando Alonso had been in practice last weekend in the same F14-T car.

Moreover, Bianchi's 1 minute 35.2 laptime was more than a second faster than Raikkonen - who has notably struggled in 2014 - had managed in Silverstone practice. Although clearly part of Ferrari's future plans, the 24-year-old played down the significance of his Silverstone speed, insisting differing wind conditions between the race weekend and the test played a significant role.

"But it's always good to do some good laptimes and to be consistent," he admitted. "Obviously it is much better to do a good job and a good laptime."Nonetheless, Raikkonen is firmly under contract for 2015, and Bianchi acknowledged that a race seat with the Maranello team "is not the plan for next year".

Another major talking point at Silverstone on Wednesday was the prototype 18-inch low-profile tyre being tested by Pirelli and Lotus. In charge was Lotus tester Charles Pic, and he said the tyre seemed "more nervous" than its 13-inch counterpart.

"These are just a prototype concept," explained Pirelli's Paul Hembery. "But if the teams decided that they wanted us to proceed in this direction, we have the capability to come up with a production-ready version in a comparatively short space of time," he added. (GMM)

A photo of the tyre in action can be seen at http://www.lotusf1team.com/ImageGen.ashx?width=1000ℑ=/media/1408/_r6t4591-2-copy.jpg
F1 News Fernando Alonso Pirelli Lotus F1 Ferrari Marussia
<< Previous article Next article >>
.