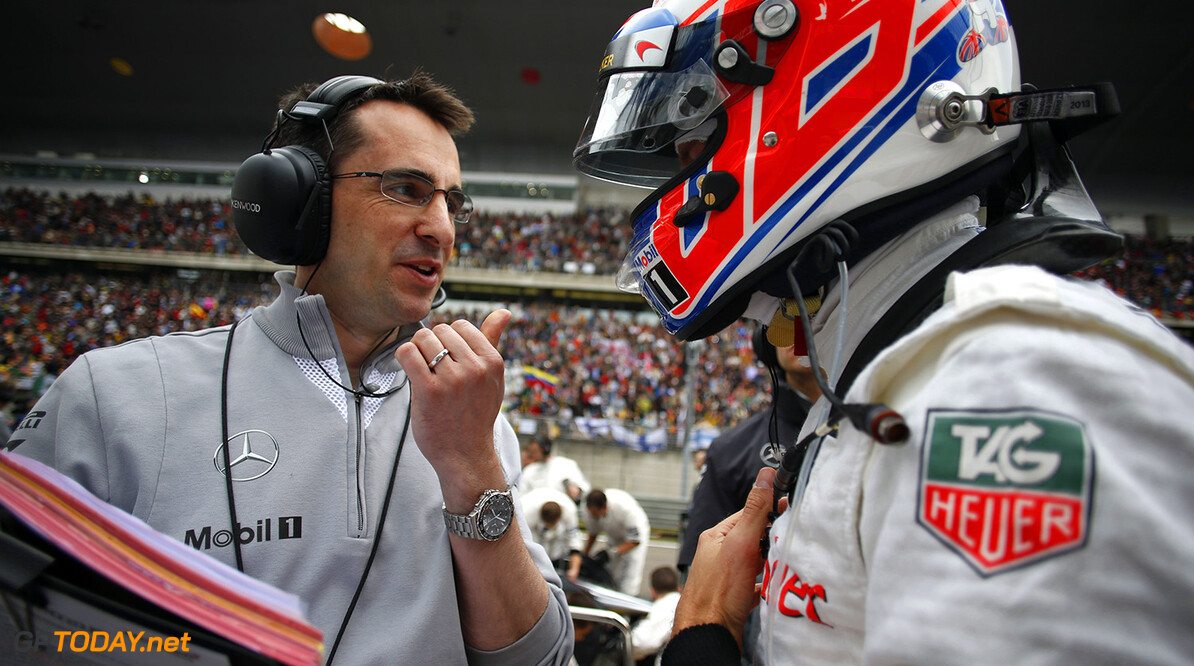 Jenson Button insists he is "looking forward to" McLaren's new Honda era. That is despite team supremo Ron Dennis' warning that the most experienced driver in the paddock actually might not get a new contract beyond 2014. "Do I want him to try harder?" Dennis told British television Sky. "Of course I do."

But 34-year-old Briton Button, who will wear a pink helmet this weekend in memory of his late father John's ever-present pink shirt, thinks the arrival of Honda for 2015 is what McLaren needs as it emerges from a two-season slump. "Everyone is looking forward to it," he told Germany's DPA news agency.
More about McLaren


"A lot is already going on. Ron is again in charge, Eric (Boullier) is on board now. In the past, a lot of things were working well, but sometimes you need a change. I feel we are on the right track," added Button.

Dennis said the arrival this year of rookie Kevin Magnussen had given Button a "wake-up call", and even the British driver admits the young Dane has been impressive. "Kevin is learning very quickly," said Button. "He did not have much experience when he arrived, but within six months he has made up for a lot of that. "We are not best friends," Button reveals. "I have never been great friends with a teammate -- I have my own friends. But he's a good guy and I like working with him."

However, Button insists Magnussen is not the biggest challenge of his career, instead nominating Lewis Hamilton as his fastest-ever F1 teammate. "On pace, yes. He (Hamilton) is very fast, but I expected that when I came to the team. If you have beaten Lewis, you know you've had a good day," he said. (GMM)
F1 News Jenson Button Lewis Hamilton Kevin Magnussen McLaren Honda
.