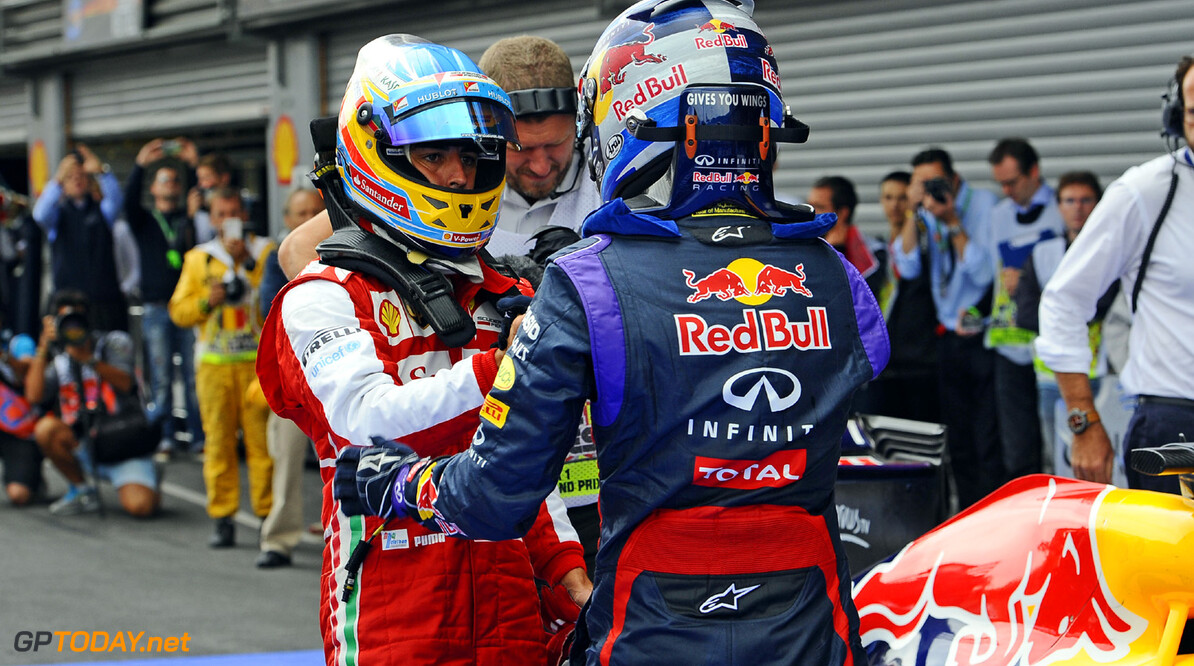 Most colleagues pick Alonso, not Vettel, as best driver

As only a forced winter pause finally stops Sebastian Vettel's winning streak for now, the F1 grid is divided over whether the German is really the best. He has won four world championships on the trot, and recently equalled famous records once set by statistical legends Michael Schumacher and Alberto Ascari.

Still, not all of his peers think the Red Bull driver is better than the 2013 runner-up, Ferrari's Fernando Alonso. "They are both great drivers," Vettel's retiring teammate Mark Webber said, "but I can only say that I was really happy to be fighting against Fernando in my last race." Australian Webber, however, is famously friendly with the Spaniard.

Alonso's Ferrari teammate for the past four years, Felipe Massa, is undecided. "For me, they are both great," the Brazilian told Spain's AS sports newspaper, who in Brazil last weekend surveyed every driver on the grid for their opinion about Vettel versus Alonso. "Vettel is the champion," Massa added, "Fernando is considered the best. You want me to say one? I won't do that."

Others are less diplomatic. "I think that in that Red Bull, Alonso would win even more easily than Vettel does," said Mercedes' Lewis Hamilton. Nico Rosberg added: "I don't know if Alonso is the best, but he's one of the best, no doubt. Better than Seb? Maybe."

Alonso's fellow Spanish speaker, Mexican Sergio Perez, answered: "Although this year has been all about Vettel, it is clear to me that Alonso is the best." Another Mexican, Esteban Gutierrez, added: "Alonso, yes, Alonso. He is still the best."

McLaren driver Jenson Button is not so convinced: "I couldn't say," said the Briton. "If I was a team boss ... when I am a team boss I will show you who I would sign," Button laughed. Pastor Maldonado added: "I think Vettel is very good, for sure, but if I was a team I would have Alonso, of course, without a doubt. Fernando is a genius," the Venezuelan said.

But Valtteri Bottas answered: "Um ... that's a difficult question. I think I would have them both!" Caterham's Giedo van der Garde and Marussia's Max Chilton also answered: "Both." Heikki Kovalainen did not hesitate before naming his favourite: "Alonso." Romain Grosjean admitted: "That is a very difficult question and I couldn't honestly answer it."

Nico Hulkenberg agreed: "Impossible to say, impossible to know." Adrian Sutil added: "All I can say is that they are both very good, but I wouldn't like to say one or the other (is best)." But Paul di Resta admitted he is leaning in Alonso's direction. "It's hard to say, Vettel is the champion but Fernando ... what can you say about Alonso that hasn't already been said?"