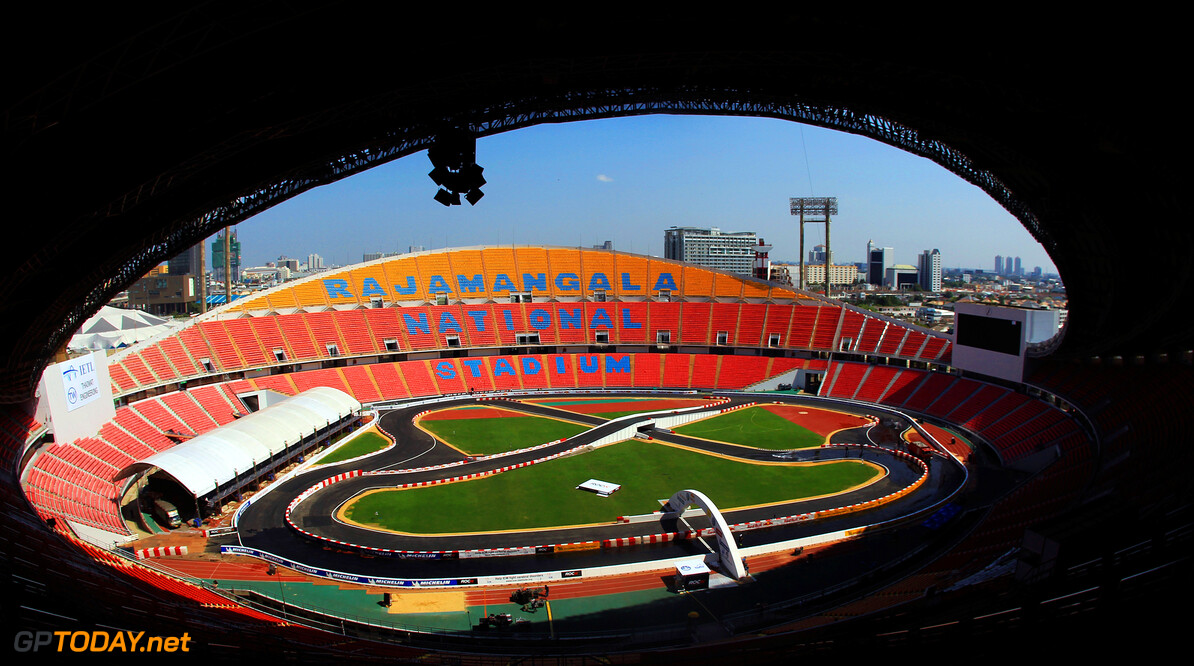 Chandhok and Karthikeyan re-unite for ROC 2013

India will be represented in the Race Of Champions for the second time after Karun Chandhok and Narain Karthikeyan signed up for ROC 2013, to be held at Bangkoks Rajamangala Stadium on the weekend of December 14-15.

Chandhok and Karthikeyan are the only Indian drivers ever to have competed in F1 and both have extensive racing pedigrees elsewhere too. Chandhok is a race-winner in GP2 and has since turned his hand to endurance racing with strong finishes in the last two Le Mans 24-Hour races. Karthikeyan has taken victories in everything from British F3 to A1GP and Superleague Formula before enjoying considerable success this year in AutoGP including a haul of five wins.

The two drivers joined forces for Team India at last years inaugural ROC Asia. They duly topped the group stages with four wins out of six against their competitors from China, Japan and host nation Thailand before defeating the Japanese duo in the final to take the title. That performance has now earned Chandhok and Karthikeyan an invitation to return to the scene of their triumph in Bangkok for ROC 2013.

Chandhok said: "I'm very excited to be going back to Bangkok for the Race Of Champions. Narain and I had a great time together last year and it was fantastic to be the first ROC Asia winners. ROC is a unique event from a competitive and social perspective and it's something that every driver looks forward to. It was really nice to drive such a variety of cars and we both have more experience this year and know a bit more about how it all works. The chance to spend time with such a great mix of drivers from a huge variety of championships around the world is a lot of fun and I hope we once again get a good crowd at the stadium."

Karthikeyan added: "It will be a great privilege to represent India again at the Race Of Champions. We had a great time at our first attempt when we won ROC Asia but it is always a challenge to jump into different cars and adapt quickly. However, with the experience of the 2012 event behind us, we feel more confident and better prepared this time. As always, going head to head with world champions like Michael Schumacher and Sébastian Ogier is something we're looking forward to."
F1 News
<< Previous article Next article >>
.