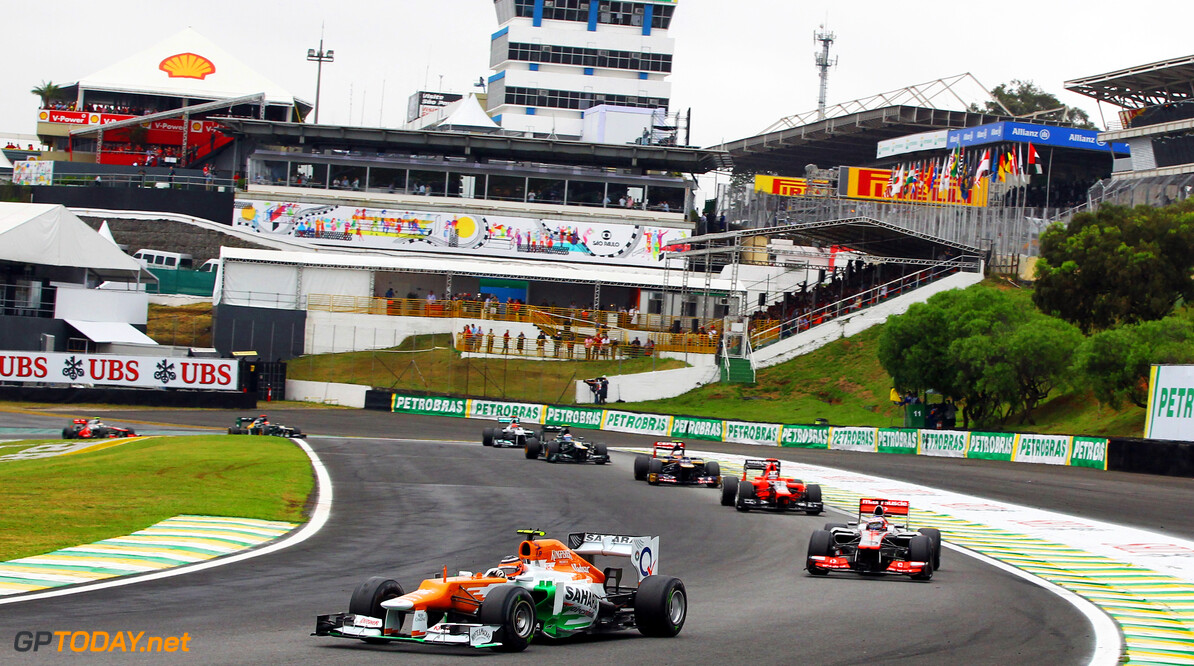 Brazil will continue to host a grand prix every year at Interlagos until at least 2020. In July, we reported that Sao Paulo mayor Fernando Haddad had "guaranteed" to Bernie Ecclestone that the ageing venue will be upgraded.

A tender for an all-new three-storey pit and paddock complex, and revisions to the layout, was then launched. Now, Brazil's Globo reports that Haddad has signed a new contract with F1 chief executive Ecclestone that guarantees the Brazilian grand prix until 2020. The report said the deal was signed on Wednesday in Sao Paulo, with the circuit upgrade to be in place by 2015.

"I am very happy that the mayor agreed to the investments that we asked for many years ago," Ecclestone confirmed. "If this had not happened, for sure we would have considered not having the race here. We are very happy now," he added. (GMM)
F1 News
<< Previous article Next article >>
.