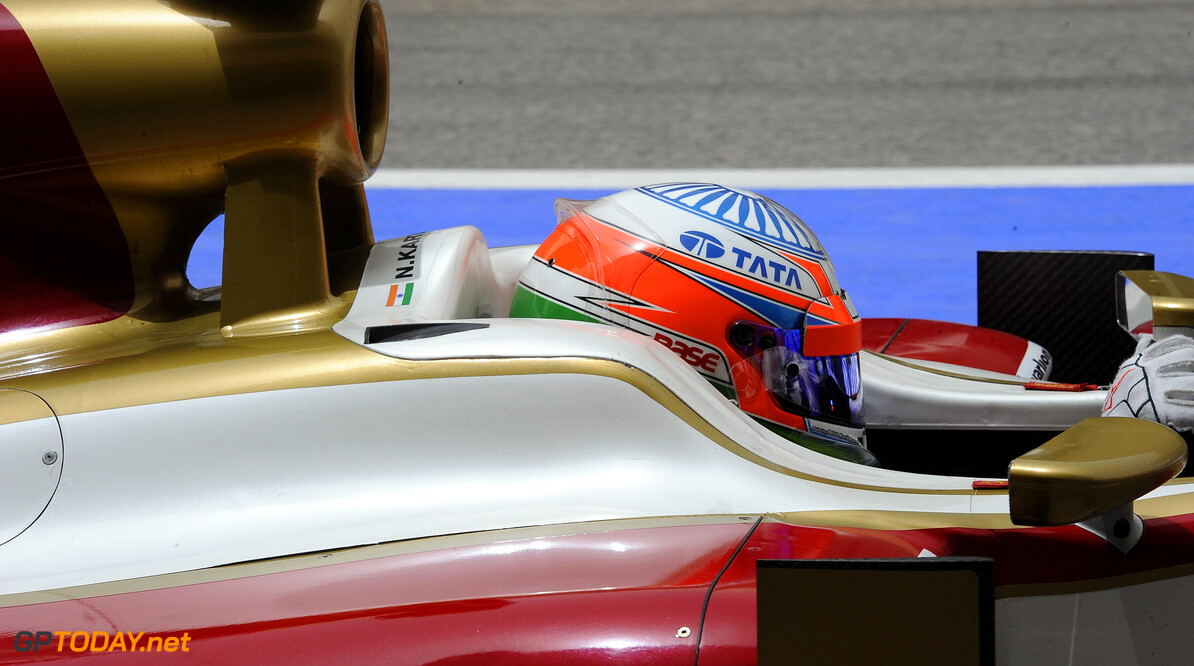 Narain Karthikeyan says FIA on his side after Vettel criticism

Narain Karthikeyan has hit back at Sebastian Vettel, following the latest bout of criticism from the reigning world champion. Vettel's Red Bull boss, Christian Horner, pointed the finger at HRT's Karthikeyan after Vettel lost the lead of the US grand prix on Sunday to Lewis Hamilton. "The race unfortunately hinged on one backmarker that didn't use his mirrors," he said.

Vettel screamed angrily into his radio after losing the place to Hamilton, and some immediately thought the German was being critical of the McLaren driver. "It was not targeted at Lewis," Vettel clarified afterwards, "it was more targeted at the backmarker which gave a nice big envelope with an invitation to Lewis."

Red Bull and Vettel claim Karthikeyan failed to get out of the way to be lapped fast enough, which gave the chasing Hamilton the momentum to launch his successful pass. Vettel and Indian Karthikeyan already have an unhappy history, after the German called him a "cucumber" following another track run-in earlier this year.

Now, after Vettel's latest criticism, Karthikeyan said: "I can't hear the bulls**t anymore. At the drivers' briefing Charlie Whiting told us very clearly that it is not possible to let the leaders past in the very fast first sector," the HRT driver is quoted by Auto Motor und Sport. "Charlie told us that we should let the faster cars go from turn 8, the first slower corner, which is exactly what I did. Vettel was at the briefing. Did he not hear? He complains too often and too hard."

Indeed, one of Vettel's closest friends in the paddock is Timo Glock, but on this occasion he is siding with fellow backmarker Karthikeyan. "We drive our own race in these fast corners, because there are so many pieces of rubber off the racing line. The rule is that you have to let them pass by the third blue flag, not before."